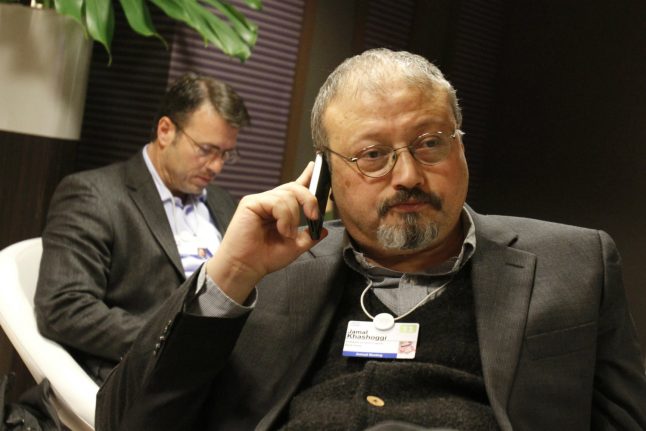 Berlin has “decided that Germany should impose an entry ban on 18 Saudi citizens, who are presumed to be in connection with this deed, in the Schengen information system,” Maas told reporters.

Maas said the move was “coordinated very closely with” states France and Britain, and the broader EU as they seek more information on Khashoggi's death last month in the Saudi consulate in Istanbul.

“We are in close coordination on this issue within the European Union,” he said, speaking on the sidelines of a meeting of EU ministers in Brussels.

“Over the weekend, we stated that we expected further steps to be taken to clarify the situation. We will follow on this closely and reserve further steps for ourselves.”

The Schengen zone is composed of 22 EU nations and four non-EU countries. EU member Britain is not part of the passport-free Schengen zone, but shares intelligence through the Shengen Information System (SIS) for law enforcement purposes.

Germany called last month for EU countries to follow its lead and suspend arms sales for the moment to Saudi Arabia, prompting a dismissive response from French President Emmanuel Macron.

France is the kingdom's second biggest customer after India. Khashoggi, a columnist for The Washington Post who was critical of Saudi crown prince Mohamed bin Salman, was killed after going to the Saudi consulate in Istanbul to retrieve documents necessary to marry his Turkish fiancée.

According to Turkish officials, an audio recording proves that Khashoggi was deliberately killed and dismembered soon after entering the consulate.

Saudi Arabia has offered shifting accounts of what happened, initially saying Khashoggi left the embassy after receiving his documents and later that he was killed when an argument degenerated into a fistfight.

In the latest version, the Saudi prosecutor said a 15-member team went to Istanbul to bring Khashoggi back to the kingdom but killed him instead in a rogue operation.

The United States, traditionally Riyadh's closest ally, has sanctioned 17 Saudis for the crime.

The case has provoked an international outcry.

“Targeted influence and disinformation campaigns from the Russian side (…) must stop. And if they do not, we will also defend ourselves against them,” Maas said in comments published by the Deutsche Welle broadcaster.

Asked whether he feared that general elections in Germany in September could be affected by such campaigns, Maas said: “Either way, we are vigilant.”

“I hope that experiences with this in the past will prevent it from happening in the Bundestag election campaign in Germany,” he said.

READ MORE: German man arrested on suspicion of spying for Russia from Reichstag

“No other EU member state is being attacked more violently than Germany,” it said, citing 700 cases of disinformation targeting Germany since 2015 – compared with 300 for France, 170 for Italy and 40 for Spain.

Such operations peaked after Russia accused Germany of pushing through sanctions against the Kremlin during its EU presidency from July to December 2020, the report said.

“We are arming ourselves against this, but of course we expect it to stop,” Maas said, calling such practices “completely unacceptable”.

Ties between Germany and Russia have become increasingly strained in recent months over the poisoning and imprisonment of opposition leader Alexei Navalny.

Chancellor Angela Merkel has always stressed the importance of keeping dialogue open with President Vladimir Putin, but told parliament last May that she had concrete proof that Russia was targeting her in cyber attacks.

Among the most high-profile attacks laid at Russian hackers’ feet by German intelligence is a cyber assault on the German parliament in 2015.

A US government report last week accused Russia of targeting election infrastructure during the 2020 US vote, though it concluded the campaigns did not compromise any of the results.

The Kremlin dismissed the allegations as “absolutely groundless”. 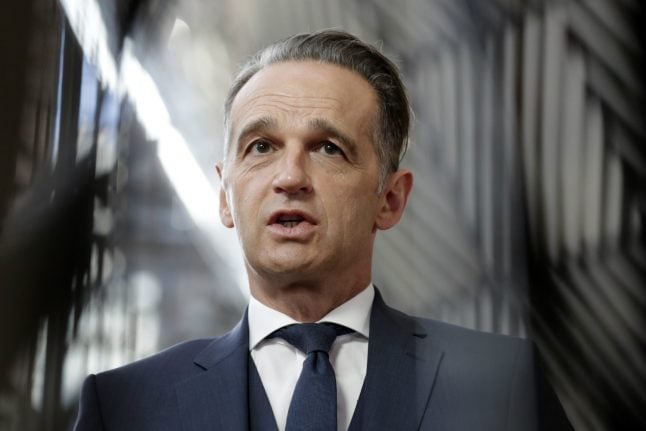 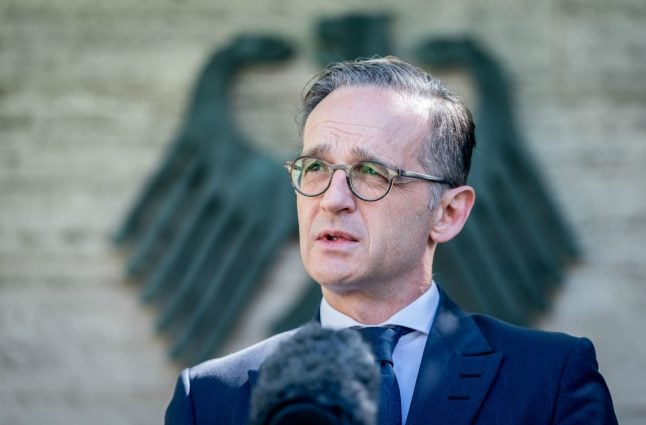