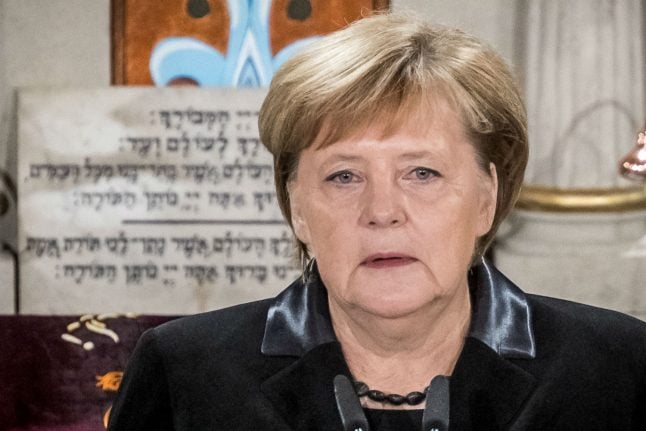 On Friday the country held services for victims of the Nazi pogrom that heralded the Third Reich's drive to wipe out Jews, at a time when anti-Semitism and nationalism is resurgent in the West.

In a speech at the Bundestag marking the 80th anniversary of Kristallnacht, also known as the Night of Broken Glass, President Frank-Walter Steinmeier said the violence on November 9th, 1938 marked “the incomparable break from civilization, Germany's fall into barbarism”.

Germany must never look away again if “some try again to speak for the 'real people' and seek to exclude” those with a different religion or skin colour, he said.

In a clear reference to a growing far-right movement in Germany, Steinmeier warned against a “new, aggressive nationalism” that “conjures up an idyllic past that never existed”.

Joining Steinmeier and Jewish leaders at a ceremony later at Germany's biggest synagogue, Chancellor Angela Merkel underlined that Kristallnacht happened after a creeping process in which anti-Semitism was first tolerated, and later encouraged.

Exclusion, racism or anti-Semitism must be stamped out from the start, said Merkel, warning against a repeat.

“Easy answers, which often go with a coarsening of the discourse on the streets and in the Internet, that's a start that we must decisively counter,” she said.

“We are remembering with the conviction that the democratic majority must stay vigilant.”

'Why aren't the firemen coming?'

Eight decades ago on this day, Nazi thugs murdered at least 90 Jews, torched 1,400 synagogues across Germany and Austria, and destroyed Jewish-owned shops and businesses.

The pretext for the coordinated action was the fatal shooting on November 7th, 1938, of a German diplomat in Paris by a Polish Jewish student.

The Nazis rounded up and deported at least 30,000 Jews to concentration camps and made Jews pay “compensation” for the damage caused to property.

SEE ALSO: 'Everything was changed': What led to, and followed, Kristallnacht 80 years ago?

Charlotte Knobloch, former president of the Central Council of Jews in Germany, recalled walking through town that day with her father.

“I saw the smouldering synagogue and asked: why aren't the firemen coming? I got no reply,” she told public broadcaster ZDF.

The brutal rampage marked the point at which local persecution of Jews became systematic, culminating in the Holocaust that claimed some six million lives.

In recent years across Germany on November 9th, people have got on their knees to polish “Stolpersteine” (stumbling stones) – coaster-sized brass plaques embedded in pavements bearing the names of Jewish victims in front of their former homes.

But in Berlin last year, 16 plaques were dug up and stolen just before the Kristallnacht anniversary, in a sign of a resurgence in anti-Semitism.

On the 80th anniversary of Kristallnacht, also known in Germany as Reichspogromnacht, far-right militants were planning a demonstration in Berlin, forcing authorities to step in with a ban.

“The idea that right-wing extremists are going to march through the government district in the dark with the burning candles is unbearable,” said Berlin's interior minister Andreas Geisel.

“We must not tolerate open right-wing extremism under the cover of freedom of speech.”

Ronald Lauder, president of the World Jewish Congress, noted the deteriorating situation across the West.

“It would be impossible to mark this seminal event in Jewish history without noting the frightening climate of anti-Semitism and xenophobia currently spreading across Europe and the United States,” he told AFP.

“The far right is gaining power at an alarming speed, and neo-Nazis are feeling emboldened to march in the streets shouting hateful slurs and advocating the most dangerous brands of nationalism and hatred.”

In Germany, the far-right AfD party is now the biggest opposition party in parliament, even though its key members have challenged the country's culture of atonement over World War II and the Holocaust.

Across the Atlantic, the United States suffered its worst anti-Semitic attack late last month when 11 people were gunned down at a Pittsburgh synagogue.

Felix Klein, Germany's commissioner on fighting anti-Semitism, acknowledged that the “discourse in society is coarsening” but stressed that “our democracy today is stable, strong.  It's completely different from the situation in 1938 or the Weimar Republic”.

He added however: “At the same time, these values need to be brought back to the fore, and defended.”

Lauder also called on the population to remain watchful.

“In November 2018 we are not at the precipice of another Kristallnacht,” he  said, “but it is all of our duty to prevent such atrocities from ever happening again.” 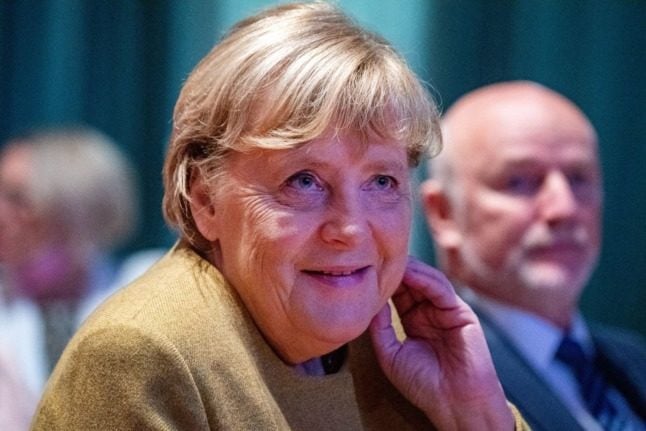 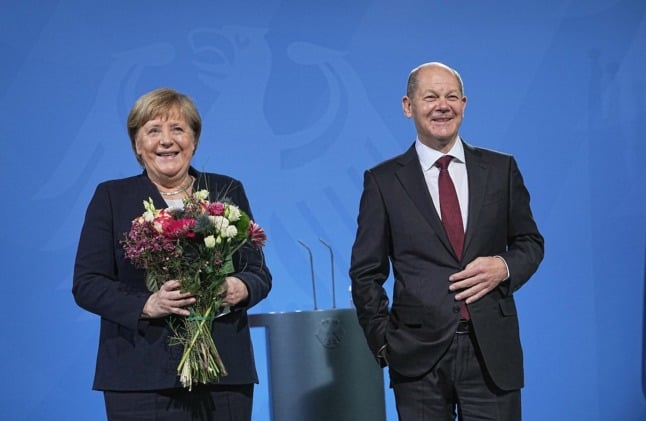