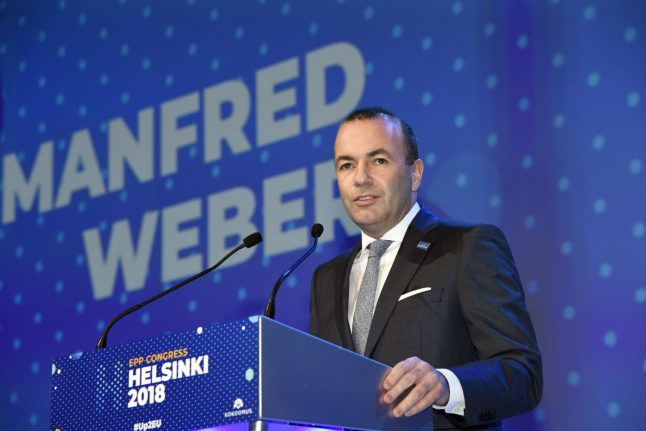 The 46-year-old scored around 79 percent of the delegates' votes and was therefore nominated for the EU top office in Brussels. He will be the opponent of Social Democrat Frans Timmermans, who is also vying to become head of the commission.

According to official results from the vote at the party's conference in Helsinki, Weber won the backing of 79.2 percent of delegates, easily beating former Finnish premier Alexander Stubb's 20 percent.

In his application speech, Weber, currently parliamentary party leader of the EPP in the European Parliament, presented himself as a moderate able to overcome divisions in the grouping, which has lost ground to populists against the backdrop of the European migration crisis.

“I dream of a Europe that does not depend on anyone and where we work harder to create better living conditions for all Europeans,” Weber said.

His major themes were the protection of external borders and European values, but also the dream that Europeans would be the first to find a cure for cancer. “Every human being is important to us at the EPP,” Weber said.

The post of commission president – held by an EPP candidate since 2004 – is a key prize in the horse-trading of top jobs that will follow EU elections on May 26th next year.

Also in the mix are plum spots to lead the European Council — which represents national governments — the European Parliament, the European Central Bank, and the bloc's new foreign policy chief.

The EPP is a conservative and Christian-Democratic pan-European party. It has been the largest party in the European Parliament since 1999.

Whether Weber will actually become President of the EU Commission depends on two factors: He would have to achieve a good result for the EPP in the European elections at the end of May 2019, so that it would continue to be the largest parliamentary group in the European Parliament.

Secondly, he needs the backing of the EU heads of state and government, who have the right to nominate the head of the Commission.

The office is considered the most important in the EU as it can propose legislation, negotiate contracts and monitor compliance with EU law. The giant authority employs 32,000 people.

The first and only German head of the Commission was Walter Hallstein in the 1960s, but then for the much smaller and differently organized European Community. 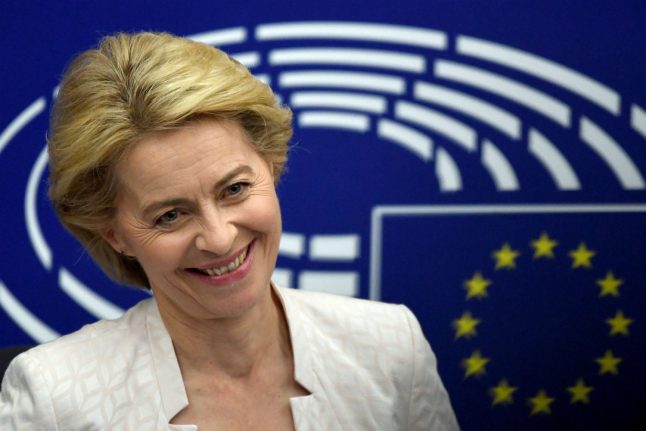 The 60-year-old conservative was nominated to become the first woman to hold Brussels' top job last month by the leaders of the bloc's 28 member states, but to the annoyance of MEPs.

The European Parliament would have preferred a candidate chosen by one of its political groups, but in the end 383 members of the 751-member assembly
voted for her.

She will now replace Jean-Claude Juncker as head of the EU executive on November 1st, one day after Britain is due to leave the union, and serve a five-year term as head of the bloc's executive.

“The task ahead of us humbles me. It's a big responsibility and my work starts now,” the polyglot mother-of-seven told lawmakers, thanking all members “who decided to vote for me today.”

“My message to all of you is let us work together constructively, because the endeavour is a united and strong Europe,” she said, urging capitals to nominate an equal number of men and women to her commission.

If von der Leyen had lost, Brussels faced a summer of infighting instead of preparing for Brexit, battling Italy over its debt and confronting Hungary and Poland over their alleged threats to European law and values.

Instead, she won, but only narrowly.

And Poland's governing PiS party — which is facing EU action over rule of law issues and is reluctant to adopt rapid cuts in carbon emissions — was quick to remind her that her majority relied on their support.

In Brussels, officials privately admitted that the numbers were weaker than hoped, but said they had pushed on with the vote to seal the deal before the nominee was forced to make more concessions.

'A majority is a majority'

At a news conference after the vote, von der Leyen played down the narrowness of her win, noting that a “majority is a majority” and acknowledging that some had opposed the nomination process.

“Two weeks ago I didn't have a majority because no one knew me. There was a lot of resentment because I wasn't a lead candidate,” she admitted, adding that she was happy to have built a majority so quickly.

“It's a good base to start with,” she said. The veteran minister will head briefly to Berlin on Wednesday to say farewell to her government and the German armed forces, then return to work on building an administration.

In Berlin, Chancellor Angela Merkel praised her long-time ally as a “committed and convincing European” who would “tackle with great vigour the challenges facing us as the European Union”.

President Emmanuel Macron tweeted that France would be by von der Leyen's
side: “Today, Europe bears your face. The face of engagement, ambition and
progress.”

The president of the European Council of EU leaders, Donald Tusk, also congratulated her, declaring her, “a passionate fighter for Europe's unity.”

Von der Leyen has had only a short time since the 28 EU leaders nominated her to win over the main centre-right EPP, socialist S&D and liberal Renew Europe blocs she hoped would get her the necessary 374 votes.

In the hours between her speech and the start of voting, party officials suggested she could count on the centre-right, almost all of the liberals and  maybe two-thirds of the left.

The election was by secret ballot, but the tight margin suggested that many MEPs from both her own conservatives and the rival socialist group abstained or opposed her.

On the eve of the vote, the long-time ally of Merkel and member of her centre-right Christian Democrats (CDU) vowed that she was hoping “to serve Europe with all my strength”.

Merkel praised von der Leyen as a “committed and convincing European”who would “tackle with great vigour the challenges facing us as the European Union”.

She would be “the fist female President of the European Commission and the first German in more than 50 years at the head of the European executive”, Merkel said in a statement.

“Even if I lose a long-standing minister today, I win a new partner in Brussels. I am therefore looking forward to good cooperation.”

German Foreign Minister Heiko Maas of the Social Democrats, reacting on Twitter, praised the fact von der Leyen had “promoted a united & strong EU, on which we now want to work together with her”.

“Time to look ahead, because the world is not waiting for Europe.”

Von der Leyen, a Brussels-born political blueblood and London School of Economics graduate, is the only minister to have served with Merkel since the beginning of her marathon reign in 2005 and previously ran the family affairs and labour ministries.

A life-long high achiever, von der Leyen has at times drawn envy and animosity for her best-in-class style, the persona of a super-mum with iron discipline and a perfect hairdo that some voters find unnerving.

A fluent English and French speaker, she has however built a solid network of allies across Europe, crucially including French President Emmanuel Macron, and launched a strong charm offensive in recent days.

Nonetheless, her success is far from assured given widespread anger that EU leaders, after days of backroom wrangling, chose von der Leyen rather than a European parliamentarian who had campaigned for votes.

In a hard-hitting paper handed out in Brussels, the SPD listed reasons they deemed von der Leyen “an inadequate and unsuitable candidate”, among them Germany's poor military preparedness and past accusations of plagiarism in her doctoral dissertation.

Others praise the candidate highly, including the SPD's former interior minister Otto Schily, who labelled her “a highly competent, intelligent, experienced politician who really has all the qualities that are critical for a commission president”. 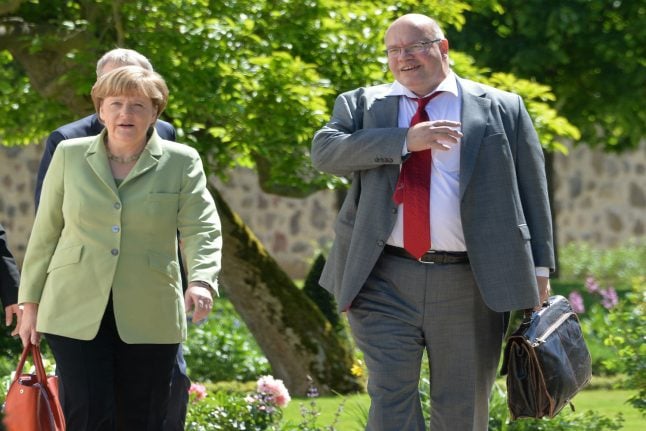