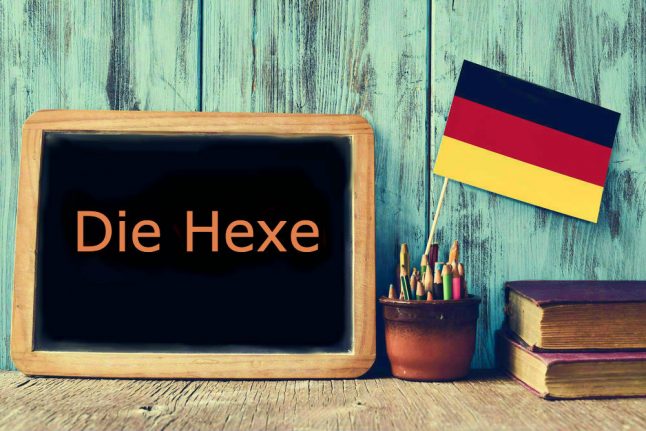 Die Hexe is thought to derivate from Old High German hagzissa meaning witch, and the Middle High German hecse with the same meaning. The modern English word 'hag' comes from the same roots.

Witches have long been a part of German folklore and, in fact, German speaking Europe was one of the areas which participated strongly in witch hunting in early modern Europe.

While those suspected of witchcraft had been persecuted across the Holy Roman Empire as early as the 12th and 13th centuries, after the publication of the Malleus Maleficarum, or ‘Hammer of Witches’ in 1487 witch hunting became more prevalent.

The Bamberg witch trials were among the most brutal trials in Germany, spurred by peasants looking for someone to blame for crop failure. At least 600 people were burned for being suspected witches between 1623-33.

The 19th century fairy tails of the Grimm Brothers, who spent most of their lives in Kassel in Hesse, often included witches. Hansel & Gretel – which centres on two children abandoned and lost in the woods – is arguably the most famous fairy tale to have a witch as its main antagonist.

I want to dress up as a witch for halloween.