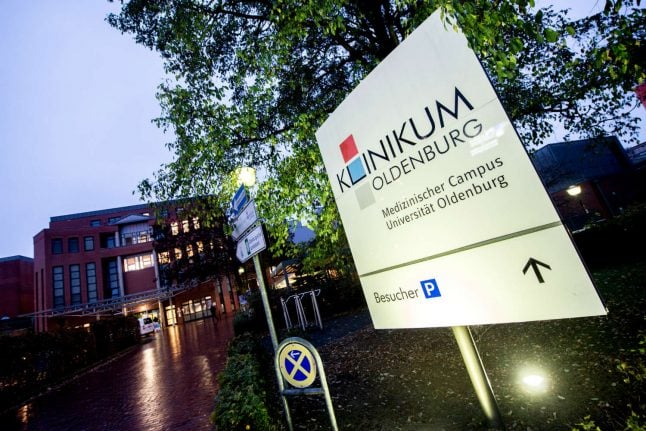 View of the hospital in Oldenburg. Photo: DPA

Born December 30th, 1976, in the North Sea coastal town of Wilhelmshaven, Högel became a nurse, like his father, at the age of 19.

In 1999 he took a job at the main hospital in Oldenburg, in Lower Saxony, and transferred to a facility in neighbouring Delmenhorst in 2003.

Former colleagues described him as diligent and likeable but began to take notice of a “troubling” number of deaths in the intensive care unit on his watch.

Between 2000 and 2005, he allegedly administered medical overdoses to his victims, intentionally, so he could bring them back to life at the last moment.

He was rarely successful and in 2005 was caught in the act.

Psychiatrists who have evaluated Högel, the father of an adolescent daughter, say he has a severe narcissistic disorder.

They believe he was motivated by vanity, wanting to show off his skills and that he also acted out of “boredom”.

Högel himself said he craved “the positive feedback” he got for saving a life and used painkillers to deal with “the stress” of the job.

Before taking the stand on Tuesday, Högel had only acknowledged around 30 murders, all of them committed in Delmenhorst.

But he surprised the court on the first day of his trial by admitting to all 100 murders he is charged with, at the Delmenhorst and Oldenburg hospitals.

Högelsaid he had kept quiet “out of shame” and because it had taken him a long time to realize the full scope of what he had done.

Investigators believe the actual toll could top 200, though the true number may never be known because several presumed victims' bodies were cremated before they could be autopsied.

Högel brought on a premature death for his ailing patients to show off his “talents” to his increasingly suspicious colleagues, and out of “boredom”, he has testified.

“I cannot imagine that he remembers each of the people (he killed),” said Petra Klein, who runs the crime victims' support group Weisser Ring in Oldenburg.

“It's all so treacherous.”

The hospital in Oldenburg encouraged Högel to resign in late 2002, even offering him a glowing professional recommendation to ensure his departure.

Högel said his superior never explicitly said why they wanted him gone but that the request to leave made him feel as though he “had been caught”.

Despite suspicion about the mounting deaths on Högel's watch, the hospital did not open an investigation.

“Without the mistakes of some people in Oldenburg… this series of murders by Niels Högel could have been stopped,” said Christian Marbach, whose grandfather was one of the victims in Delmenhorst.

Colleagues and superiors at the two clinics will be asked to testify in the current trial.

A police file based on statistics provided by the Delmenhorst hospital shows that between 2003 and 2004 the death rate was twice as high as in previous years.

During the same period, the use of medication for cardiac ailments soared. And in most cases when a patient died, Niels Högel was on duty.

The figures paint a damning picture but prosecutors only took action in 2008, ordering the exhumation of eight bodies under pressure from relatives of alleged victims.