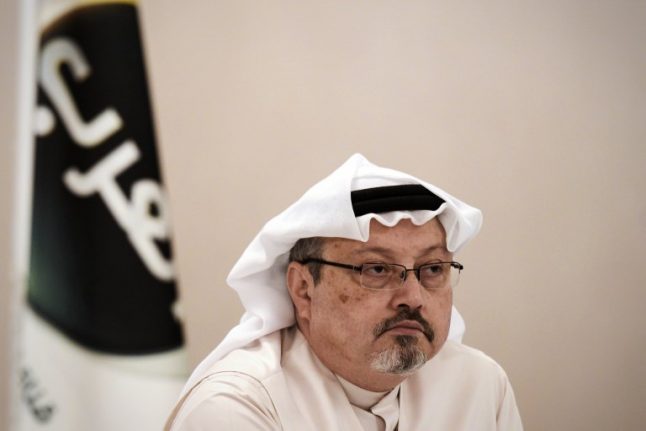 2014 file photo of Jamal Khashoggi. Photo: MOHAMMED AL-SHAIKH / AFP
“Those responsible must answer for their actions,” Merkel and Foreign Minister Heiko Maas said in a joint statement.
“We expect transparency from Saudi Arabia on the circumstances of his death,” it said. “Available reports on what happened in the Istanbul consulate are insufficient.”
Separately, Maas told German television that his government may freeze export licences for arms sales to Saudi Arabia until the case is cleared up. Maas told the ARD Tagesthemen programme that he currently saw “no basis for decisions in favour of arms exports to Saudi Arabia”.
Germany last month approved €416 million ($480 million) worth of arms exports to Saudi Arabia for 2018. In the past, military exports by Berlin to Saudi have mostly consisted of patrol boats.
After days of denying that it was involved in the death of the Washington Post journalist at its Istanbul consulate, Saudi Arabia finally admitted early Saturday that Khashoggi had died during a “brawl” inside the mission.
Eighteen Saudis have been arrested in connection with his death and two top aides of Crown Prince Mohammed bin Salman, as well as three other intelligence agents, have been sacked.