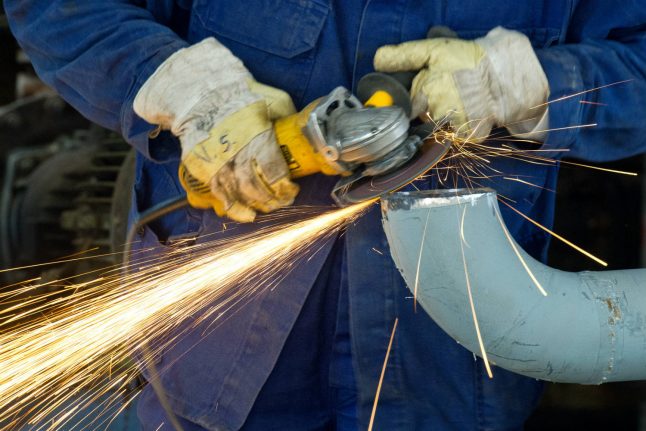 In a deal hammered out after marathon talks deep into the night, Chancellor Angela Merkel's centre-right CDU, their Bavarian allies CSU and the centre-left SPD agreed on a new strategy to combat fast-ageing Germany's worker shortage.

Migrants without residency permits who are awaiting decisions on their asylum applications or their deportation may get to stay if they are gainfully employed and can show they have joined the fabric of German society.

Jobseekers from outside the EU – including, for example, cooks, metallurgy workers or IT technicians – can also come to Germany for six months to try and find employment, provided they speak German.

Manpower from the bloc of around 500 million people would not suffice to keep the German economy ticking, the coalition noted.

“That's why we need workers from third countries,” Interior Minister Horst Seehofer told a press conference about the strategy that has yet to become a law and be passed by parliament.

At the same time, the ministers were at pains to stress the continued “separation of asylum and employment migration”, mindful that Germany has been deeply polarised by the arrival of more than a million asylum seekers since 2015.

Immigration has become a hot potato issue in recent years over the record influx of mostly Muslim migrants, many fleeing war in Iraq or Syria.

Railing against the newcomers, the far-right AfD has become Germany's biggest opposition party with more than 90 seats in the Bundestag.

The government ministers stressed that the new immigration rules are not designed to allow failed asylum applicants to win residency in Germany by switching over to become employment migrants.

Rather the new rules are aimed at providing a “pragmatic solution” for migrants who, for instance, have been in Germany for a protracted period because they cannot be deported if they face the risk of torture in their
country of origin.

A list of criteria would be drawn up for such cases, said the ministers.

It's a “pragmatic solution that reflects reality,” said Employment Minister Hubertus Heil, adding that it would avoid cases of Germany “sending the wrong people back”.

With unemployment at a record low since reunification, companies in Europe's biggest economy have been complaining that a chronic shortage in workers is threatening growth.

Economy Minister Peter Altmaier said the new rules will be of particular help to Germany's small-and-medium sized companies, “which in the past have suffered as they are in competition with big companies that have poached the well-trained people”.