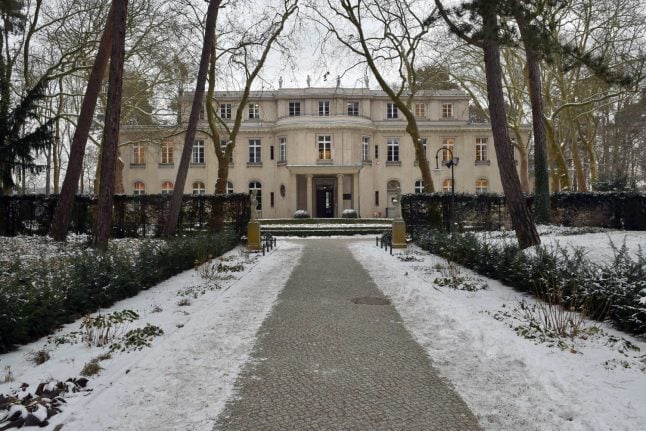 On a trip earlier this year, I visited a former plantation in Charleston, South Carolina. Set behind a cluster of willow trees and a river that glittered in the sun, the red-brick house at the centre of the grounds possessed the same sinister beauty as the Haus der Wansee-Konferenz; an idyll marred forever by the horrors that once took place there.

The tours I took inside these buildings, however, exposed one stark cultural divide: whilst Germans have been facing up to their troubled history for years, the English-speaking world is lagging woefully behind.

The tour guide leading our party around that red-brick house in Charleston – itself a product of slave labour – mentioned slavery just once over the period of an hour. Pausing at a narrow staircase, she gestured towards it and told us neutrally that  “it would have been used by the slaves”, before moving curtly on to the decorative plaster lining the walls. The ramshackle buildings that the slaves once lived in were gone without trace, whilst a pet dog who died on the grounds was commemorated by a plaque.

By contrast, German museums don’t flinch when it comes to uncomfortable truths. In the Topography of Terror, depicting the horrors of World War II and what led up to it, museum-goers are reminded repeatedly that “the German people” were collectively responsible for Nazi terror, even in passivity.

A term to talk about the past

The German language even has specific terms for talking about the past that English doesn’t. “Vergangenheitsbewältigung” is a word describing the act of coping with the past, whilst “Zeitzeuge” roughly translates to “time witness”: a person, still living, who has witnessed history in their time.

With no direct translation into English, “Zeitzeuge” is a holistic understanding of history not as distant or alien, but as an enduring influence on the present. Its conspicuous absence from English pinpoints precisely where the UK and USA fall down when it comes to “Vergangenheitsbewältigung”.

Drawing sweeping parallels between the histories of different countries is, of course, always doomed to fail. But Germany, the UK and the USA certainly all share formative histories of inflicting immense pain, destruction and death upon millions of people, whether those victims were colonial citizens, African slaves or Jews.

Of the latter two groups, I know plenty. Attending school in the UK meant endless history lessons on Hitler and World War II. We studied the Holocaust with sensitivity, visiting Auschwitz on a school trip at 16. When I was 14, my history class spent weeks studying the civil rights movement in America, meaning I produced written work on Rosa Parks before I heard a peep about the Bristol bus boycotts of the 60s.

Simply put, history that made Britain look bad was left out of my education entirely. The British Empire, which spanned decades, covered 25% of the world’s land surface and caused millions to suffer, was boiled down to ten minutes of looking at a map one afternoon in history.

Until attending university, I was utterly ignorant of those people imprisoned, tortured and starved under British colonial rule. Some estimates put the number at 29 million, but thanks to the destruction of government records pertaining to colonial crimes, precision is near impossible. In 2016, a survey found that four in ten British people view the Empire as a good thing.

UK schoolchildren aren’t the only ones suffering from the ignorance of exceptionalism. In one survey conducted earlier this year, just 8% of American high-schoolers correctly cited slavery as a reason for the South seceding from the Union. In many places – including Charleston – the confederate flag still flies unchallenged.

The German system is far from perfect, of course. It’s widely acknowledged that whilst the wall was up, the split nation struggled to come to terms with the horrors of their recent history. Regardless, Germany’s efforts to educate its population on the horrors of its past since then have been concerted, with the federal government’s educational-monitoring agency urging in 1991 – just after the fall of the wall – that the Nazis be subject to an “intensive and thorough treatment” in schools.

In 2008, Bavaria made it mandatory for schools to visit concentration camps in the wake of neo-Nazi violence, and in March of this year, Berlin state legislator Sawsan Chebli called for these visits to be obligatory across the country. Germany’s endeavours to face history head on have been so visible, in fact, that this attitude has practically become a mark of German national identity.

This isn’t to say that the average British or American schoolchild is totally ignorant of their country’s own history. But when held up in comparison to the German approach to history, it becomes clear that what’s desperately missing is context. The German “Zeitzeuge” is not a relic of the past but a living part of the present world that must be acknowledged. The enduring presence of confederate monuments, imperial statues and the recent election of Churchill as the face of the 5 pound note speaks volumes about the UK and USA’s failure, or perhaps unwillingness, to acknowledge this. Whilst Germany has issued official apologies and paid billions to Jewish survivors since the war’s end, the UK and USA choose to stick their heads in the sand and pretend the past never occurred.

But these histories explain facts like the segregation that still occurs in neighbourhoods across America, and the presence of immigrant communities – invited post-war from commonwealth nations – in Britain. Without this context, populism and racism quickly takes hold. It can be argued that this was shown by the 2016 Brexit vote, where the Leave campaign played heavily on xenophobia and the vague idea of the Empire’s “glory days” to a population who never lived through them. The year afterwards, Germany resisted the wave of populism many were sure would seize Europe when Angela Merkel’s social-democratic party gained another – albeit weakened – election win.

All being said, recent outbursts of neo-Nazi activity across Germany have demonstrated the danger of complacency when it comes to learning from the past. In 2018, we are approaching an age where the living Zeitzeugen – those who remember the horrors of Nazi Germany – are dying out. As Merkel herself once said, “when the generation that survived the war is no longer with us, only then will we discover if we have learned from history”. Here’s hoping for the posterity of Germany’s good example.