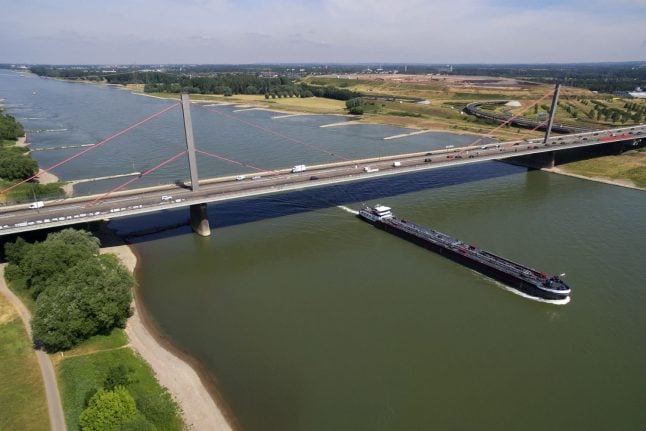 The condition of the Leverkusen bridge over the Rhine has been a constant issue in recent years. Photo: DPA

“Our bridges are rotting dangerously, and the risk of collapse can no longer be ruled out,” architect Richard J. Dietrich told the Hanoversche Allgemeine Zeitung.

A report last March by the Federal Highway Research Institute (BASt) concluded that only 12.5 percent of Germany’s motorway bridges were in good condition, while 12.4 percent were in poor condition.

Many bridges were built in the 1960’s and 1970’s, and were therefore not designed to sustain the weight of traffic seen today, the Hanoversche Allgemeine reported.

In general, bridges are in better condition in the former East Germany, due to a mass wave of renovations after reunification, the newspaper said.

In the last few years, the Leverkusen bridge over the Rhine was subject to strict controls on large vehicles, and the bridge is set to be completely rebuilt by 2020. Former North Rhine Westphalia transport minister Michael Groschek once described it as a “monument to the fatal state of German infrastructure”. The bridge in Genoa which collapsed on Tuesday, injuring dozens of people. Photo: DPA

Checks are carried out on bridges every three years, but Dietrich warned that damages are often hard to identity until it is too late, particularly on more common concrete bridges.

“If there is a crack inside the concrete, then moisture can get in, and if the cement has come loose, that can lead to rust on the reinforcing steel, which can threaten the stability of the bridge,” said Dietrich, who has designed a number of bridges himself.

The architect called for a greater focus on steel bridges, such as the Rendsburger bridge over the North-Baltic-Sea Canal in Schleswig-Holstein, claiming that there was a “concrete cartel” in operation in Germany.