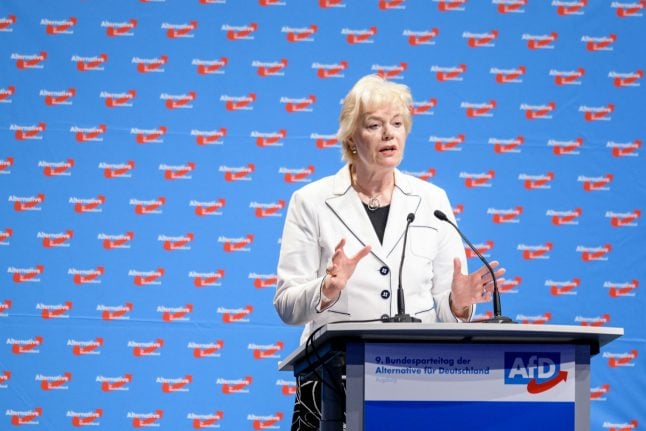 Former CDU MP Erika Steinbach and an ally of controversial Thuringian Björn Höcke are among those who are reported to be taking legal action against Schreiber, after her book “Inside AfD” was released on Monday.

Schreiber, 28, had been a leading figure in the party’s youth wing until she left the AfD just before last September’s parliamentary elections.

She presented her book on Monday, saying that “people can change”, and that she hoped to reach current AfD supporters.

Her book, published by the Europa Verlag, contained a number of dramatic allegations about the inner workings of the party, most notably that a member of Germany’s intelligence services had given advice to the party.

She claimed that Hans-Georg Maaßen, head of the Office for the Protection of the Constitution, had met with former AfD leader Frauke Petry and told her that the party could avoid observation by throwing out Höcke.

Steinbach and others, though, have taken issue with different accusations, Spiegel reported, and are taking legal action to prevent the sale of the book.

Right-wing publisher Götz Kubitschek, who is close to Höcke, has disputed a passage in which Schreiber claims that the two men studied speeches by Nazi propagandist Joseph Goebbels in detail, in search of “the formula that had lead to success in the 1930’s”.

“Franziska Schreiber is one of those people who thinks that they can easily sling mud at me and Mr Höcke,” said Kubitschek, who is reported to have sent a cease-and-desist letter to the Europa Verlag. “She should have checked the mud first.”

Former CDU MP Erika Steinbach, who now leads the Desiderius-Erasmus-Stiftung, a foundation with links to the AfD, also declared that she is looking into legal action, due to Schreiber’s claim that she had donated to the AfD as early as 2013.

“This claim is a lie,” Steinbach told Spiegel.

Further claims in Schreiber’s book include the allegation that some in the AfD were hoping for a terror attack on German soil, in order to turn the public mood against immigration.

The AfD is a “very, very dangerous party”, she said on Monday, and predicted that they would only become more radical in the future.