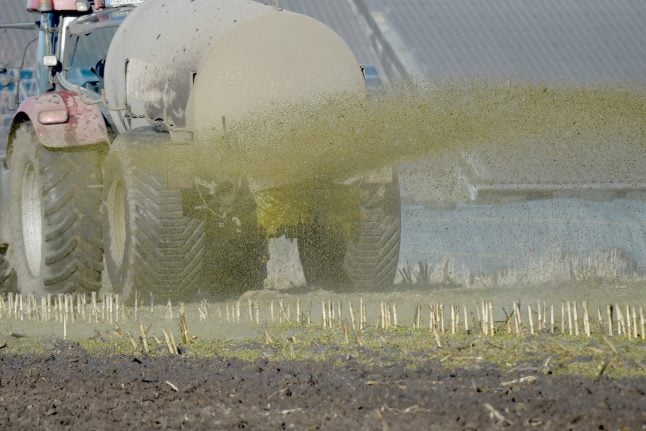 Of all 28 EU member states, Germany has the second highest concentration of potentially harmful nitrates in its groundwater – second only to Malta.

That's according to German environment group DUH, which is taking Germany to court over nitrate use in agriculture.

Germany amended its fertilizer law in 2017, lowering the amount of nitrates that can be used for agricultural purposes.

But DUH claims the amended legislation still doesn't meet European-wide legal requirements on the protection of drinking water and groundwater.

The legislation does stipulate longer wait times between fertilizing and a “safe distance” to water sources from which the nitrates can be deployed.

Yet the amended law contains too many exceptions where nitrates can still be used, DUH managing director Sascha Müller-Kraenner said in Berlin on Tuesday.

Frustrated about lack of progress, the DUH has decided to sue, citing “absolutely no political will in the government” to consider further amending the law to meet EU-standards.

They are important for plant growth, but over-fertilization can lead to residues accumulating in the water that can be harmful to humans and the environment.

Infants under six months old are in particular are prone to so-called methemoglobinemia, which can lead to oxygen deprivation in the body. In waterways it can also cause algae to bloom and starve fish of oxygen.

In its 2016 Nitrate Report, the German government admitted that 28 percent of the monitoring stations in agricultural areas exceed EU groundwater limits.

German authorities also found that phosphorus was above the mandated level 65 percent of all points set up at rivers and lakes, while also affecting algae in the North and the Baltic Seas. The next report is not due until 2020.

Measurements on the stricter fertilizer rules adopted last year – which carry different upper limits depending on the type of fertilizer used – are not yet available.