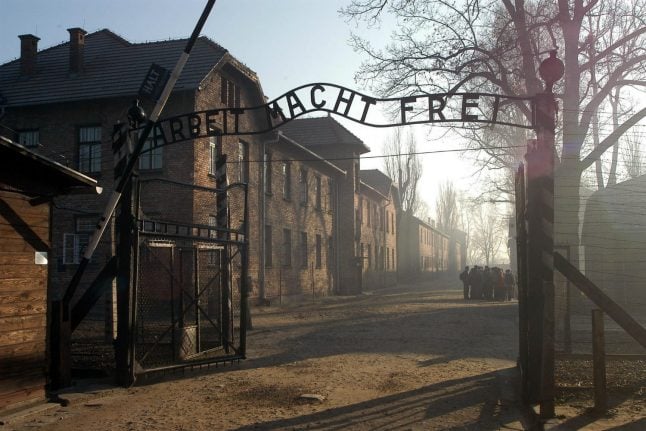 Two Hungarian tourists have admitted to trying to steal bricks from the ruins of a crematorium at the site of the former Nazi German death camp Auschwitz-Birkenau, according to police.

The 30-year-old woman and 36-year-old man were caught on Saturday when another pair of foreign tourists saw them stuffing the bricks into a bag and notified security.

“The man and woman were charged with theft of a cultural asset. They both admitted to wrongdoing,” said regional police press officer Mateusz Drwal.

“They explained that they had wanted to bring back a souvenir and didn't realize the consequences of their actions,” he told the Polish news agency PAP.

Auschwitz-Birkenau has become a symbol of Nazi Germany's genocide of European Jews, one million of whom were killed at the camp between 1940 to 1945.

More than 100,000 others, including non-Jewish Poles, Roma, Soviet prisoners of war and anti-Nazi resistance fighters also died there.

On previous occasions, visitors to the site have also been charged with stealing.

On a school visit in 2015, two British schoolboys were handed a year’s probation, suspended for three years, and a 1,000 zloty fine after admitting to taking buttons, a comb, and spoons that had belonged to former prisoners.

In 2009, the former death camp's 40 kilogram “Arbeit macht frei” (work sets you free) sign was stolen from the entrance, and a replica was installed in its place.