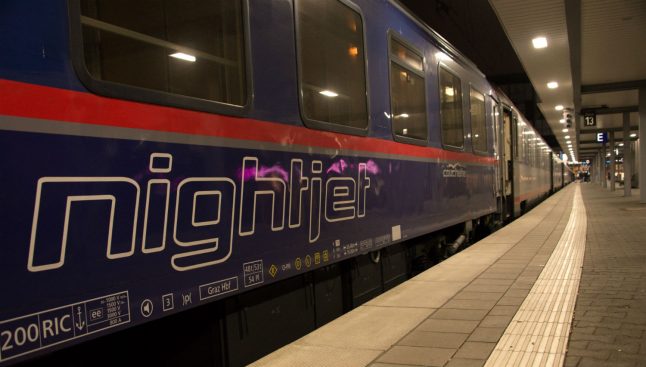 Many were outraged when German rail provider Deutsche Bahn cancelled all overnight trains out of Berlin last year, scrapping far-flung destinations such as Vienna or Budapest.

But now good news for lovers of long train rides. This December the Austrian Railways (ÖBB) Nightjet network will restart some of those sleeper trains.

Down the line, says Rieder, the company also plans to invest in new trains and offer more routes from Germany.

The 10-hour Berlin-Vienna train, for one, will leave Berlin at 6:40 pm and arrive in Vienna just before 7 am.

Prices start at €29 for a sitting car, up to €69 for a sleeper car with built-in beds, or €49 for a cochette, where seats can be converted into bunks.

In 2017, Deutsche Bahn scrapped its overnight trains, much to the dismay of all travelers who ever entertained romantic notions of drifting off to sleep in one country and waking up in another.

The Berlin to Budapest line has been sorely missed and there have been no direct trains from Berlin to Krakow in southern Poland – despite it being a growing tourist metropolis – since 2012.

Many of Deutsche Bahn’s customers were opting for short haul budget flights, the company stated, and they saw their overall profits dip by €1.3 billion by the end of 2015 – the first profit decline in 12 years.

But traditional travellers sought to save the sleeper trains, presenting a petition with 14,000 signatures to the German parliament's traffic committe. Scrapping sleeper trains, it argued, would mean more traffic on the roads, and more short and medium haul flights, leading to greater air congestion.

ÖBB spent €40 million buying and renovating 42 sleeper trains from Deutsche Bahn in December 2016, taking over 7 lines including Hamburg to Zurich and Munich to Rome via Salzburg.

Yet the company says it isn't looking to take on the low cost airlines. “It is not our goal to compete with each and every carrier,” said Rieder.