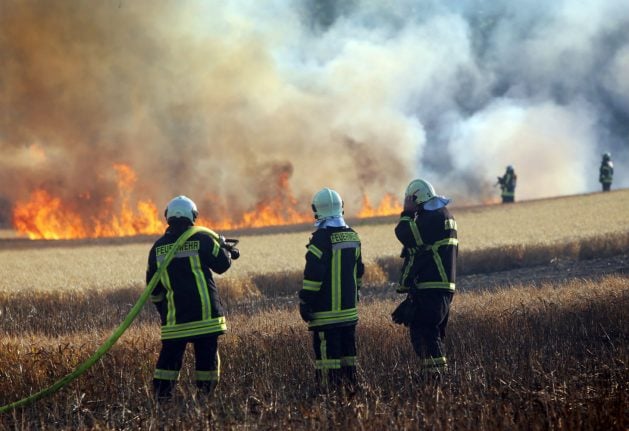 Fifty firefighters arrived at the scene to fight the flames. Photo: DPA

By landing on the electricity cable, the unfortunate bird caught fire and fell to the ground. The flames rising from its back quickly igniting a fire on the dry cornfield, according to the Ostsee Zeitung.

Due to brisk winds typical of the northern German seaside city, the flames started spreading towards the Rostock residential districts of Riekdahl and Kösterbeck. Over 50 volunteer and staff firefighters, as well as a helicopter, arrived at the scene to fight the flames. They successfully distinguished the fire, which destroyed seven hectares of land. No people were hurt, reported the newspaper.

While the cause of the incident is unusual, several smaller fires have been ignited in the past days in the German state of Mecklenburg-Western Pomerania due to dry temperatures.