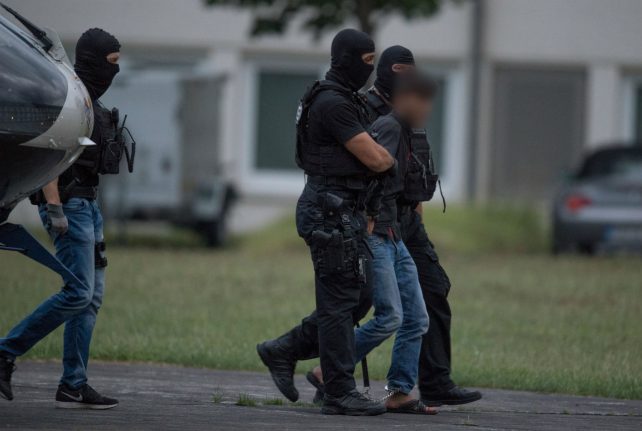 Germany, June 2018. If you want to measure the political mood in the country, look at the streets of Mainz this weekend.

More than half a dozen demonstrations and ceremonies took place in response to the murder and suspected rape of 14-year-old Susanna by a young Iraqi man. Some marched to protest against criminal refugees and illegal immigration. Others marched against prejudice and racism.

The Alternative for Germany (AfD) called for a protest vigil under the motto “that's enough!” Three years after the refugee crisis, a deep rupture divides Germany.

The Wilkommenskultur has become a culture of rage. “Wir schaffen das” – Merkel's famous refrain when refugees arrived in 2015 – has become “us against them”.

The Susanna case has reminded people of the tragedy in Freiburg, a picturesque town in southern Germany where a refugee raped a young woman and left her to drown. It is also reminiscent of a murder in Kandel, where prosecutors say that an Afghani asylum-seeker stabbed a 15-year-old girl to death. In all three cases, the pattern appears the same: a brutal crime, a dead girl, an accused refugee.

Every case has stirred up more indignation and rage – and with each crime the suspicion that we are talking about more than just individual cases grows.

“These are no longer isolated incidents”, warns Susanne Schröter, an ethnologist and head of the Research Centre of Global Islam at the Goethe University in Frankfurt. She speaks of a culture clash and says that Germany needs to develop a new approach for dealing with aggressive men shaped by patriarchal cultures.

The key facts of the Susanna F. case apparently confirm the view points of the harshest critics of Germany's refugee policies.

The killer was an Iraqi man, who applied for asylum in Germany in vain and who then used legal methods to prevent his deportation. He had multiple run-ins with the police due to violent behaviour and had even been linked to the rape of an eleven-year old girl. Nonetheless, after the murder, he was able to escape to his homeland with his whole family – despite the fact that he was a suspect.

Bild tabloid, which was one of the most vocal supporters of Angela Merkel's refugee policy in 2015, demanded in an editorial that the federal government ask Susanna's family for forgiveness.

On Sunday, Merkel called the crime and “abominable murder” that must be decisively prosecuted. AfD parliamentary chairperson Alice Weidel responded by accusing the Chancellor of cynicism. She said that the government needs to “immediately and without exception get all criminal migrants, and all of those without the right to stay, out of the country.”

But the exact circumstances of the murder of Susanna F. still remain unexplained. And even before she has been buried, she is being used by far-right politicians as a symbol to attack Merkel's refugee policies.

The AfD orchestrated a minute of silence in the Bundestag last week and demanded that the Chancellor resign. Under the hashtag #Susanna, Twitter users are unleashing venom against refugees.

The emotional reactions to the case illustrate how Germany has changed. Back in the autumn of 2015 there were warnings that the mood in the population could change fast. It did in fact change on New Year's Eve 2015, when over one thousand women reported being sexually assaulted in a crowd at Cologne cathedral.

The Susanna F. case evokes the spectre of a loss of control, an overwhelmed state that no longer has a handle on asylum policy – this is all happening in a society that sets a high value on law and order.

Compounding the sense of a failing asylum policy is an ongoing scandal over abuses in the federal migration office – the Bremen branch is suspected of wrongly approving over a thousand asylum applications in return for bribes. Meanwhile the approval process for asylum requests is being re-evaluated in several other state migration offices.

Susanna F.'s mother, meanwhile, has accused police investigators of grave failures. She reported her daughter as missing one day after her disappearance. A week later, she got a message from a female acquaintance, reporting that the girl's corpse was lying on a train track. Only then did the authorities begin their manhunt. But at first they didn't question the acquaintance who gave the tip, because she was on a short vacation with her mother.

It was in fact a 13-year-old boy who gave the decisive information. He told investigators about the possible scene of the crime – and named Ali B. as the potential murderer. The boy is also an asylum seeker, and lived at the same camp as Ali B.