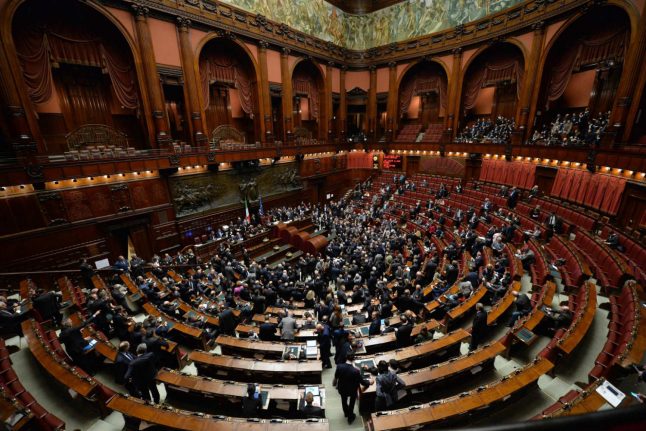 A fierce critic of the Maastricht Treaty and the euro, 81-year-old Savona has a career in finance and economics that stretches back to the 1960s, and was Minister of Trade and Industry during fellow banker Carlo Ciampi's short-lived technical government in the early 1990s.

In his latest book, “Like a Nightmare and a Dream”, Savona calls the single currency a “German cage”, and his hostility to the euro is causing President Sergio Mattarella to hesitate over his appointment amid a flurry of warnings from Brussels.

In the book, Savona strikes a decidedly hardline tone, writing that “we need to prepare a plan B to get out of the euro if necessary … the other alternative is to end up like Greece.”

He also uses the book to attack Italian officials who decided to take Italy into the euro, which he claims has “halved Italians' purchasing power”, the European Central Bank (ECB) and its president Mario Draghi.

“Germany didn't change its idea on its role in Europe after the end of Nazism, even if it abandoned the idea of imposing itself militarily,” the 81-year-old writes.

Despite the fierce backing of prime minister nominee Giuseppe Conte, Five Star Movement leader Luigi Di Maio and in particular League chief Matteo Salvini, Mattarella is refusing to give in on appointing Savona, despite worries the coalition will collapse if he isn't given the role.

“When you have the best available you go for the best. He is the guarantee that Italy can sit at table as a key player,” Salvini said on Thursday.

Vincenzo Visco, current head of the Bank of Italy and a former finance minister in leftist governments between 1996 and 2000, told the Corriere della Sera that Savona “has all the capacity and credibility” to fill the post but “two big problems”.

The first, Visco says, would be applying an anti-austerity programme negotiated by Five Star and the League, “which he knows to be completely inapplicable” given Italy's 2.3 trillion euro public debt.

The second, according to Visco, would be that his political positions are “radically and suicidally anti-German … that could create problems both for him and for us.”

But Savona has defended himself against charges of being Europhobic, saying that he is simply criticising institutions that are failing the European people.

“I'm passed off as one of those rare anti-European institutional economists but it is not true. I would be in favour of a united Europe in principle, and that's why I talk about the worst of what I see today in Brussels,” Catholic daily Avvenire quote him as saying.

Born in Sardinian capital Cagliari in October 1936, Paolo Savona began his career at the Bank of Italy after gaining a master's degree in economics and commerce in 1961.

He then specialised in monetary economics at the Massachusetts Institute of Technology (MIT) and in 1976 he returned to Sardinia, leaving the Bank of Italy to become Professor of Economic Policy at the University of Cagliari.

He was director general of business association Confindustria, president of a small Sardinian bank and then head of the Banca Nazionale del Lavoro (BNL), a major Italian bank.

He has also been a member and sometimes chairman of a number of boards, including of Aeroporti di Roma and Telecom Italia. On Wednesday he resigned as chair of London-based investment fund Euklid.

READ ALSO: Eight in ten Germans think the EU needs to be reformed