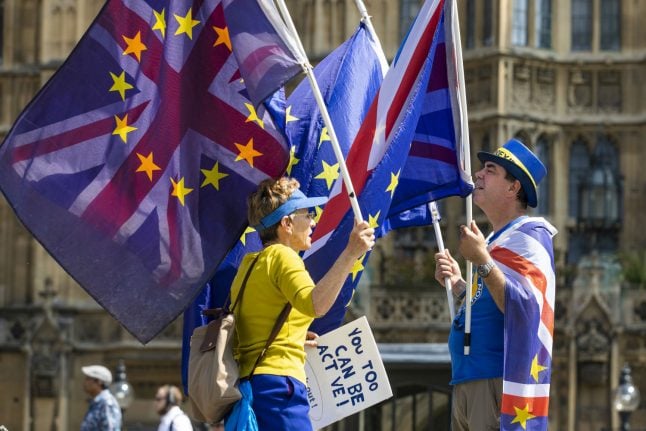 The figures, released on Thursday, show that the number of UK investment projects in Germany rose by 21 percent last year – the highest jump in a decade.

German economic development agency Germany Trade & Invest (GTAI) put the figures down to a Brexit effect, as companies prepare for the possibility of a “hard Brexit”.

“We believe this is that effect in that some firms or investors are ensuring they are covered should it come to a ‘hard Brexit’”, Thomas Bozoyan, Manager of Research at GTAI told The Local.

“The number of British firms moving capital into Germany reflects the current stability of the German investment scene. In many cases it is simply a hedging strategy where firms have investments both sides of the potential Brexit border. Nobody knows what will really happen over the next few months, so it’s wise to have a wider portfolio of investments.”

At this stage most of the new projects only involve service offices opening up, but these could be the forerunner for production facilities.

The UK was also the largest source for merger, acquisition and shareholding investment in Germany last year, while the GTAI says that the volume of enquiries from the UK has “risen sharply.”

“We are convinced that this increase in British FDI activity is a direct consequence of the Brexit decision,” said Bozoyan. “It’s a part of a larger trend, which has seen British FDI across Europe increase by 33 percent.”

“Financial services and ICT are the main recipient industries of the investments, but the shareholding acquisition of British companies and investors in German companies has also increased sharply, which adds to the impression that this is a strategy to deal with Brexit.”

Germany is, with 18 percent of all British FDI in Europe, the most popular investment destination for British companies on the continent.

A total of 1,910 new projects were set up by foreign companies in Germany last year, which the GTAI estimates will create 29,000 additional jobs in the booming economy.

The US remained the largest source of new projects, followed by China, Switzerland and the UK.

FOR MEMBERS: How Frankfurt is selling itself to Brexit bankers