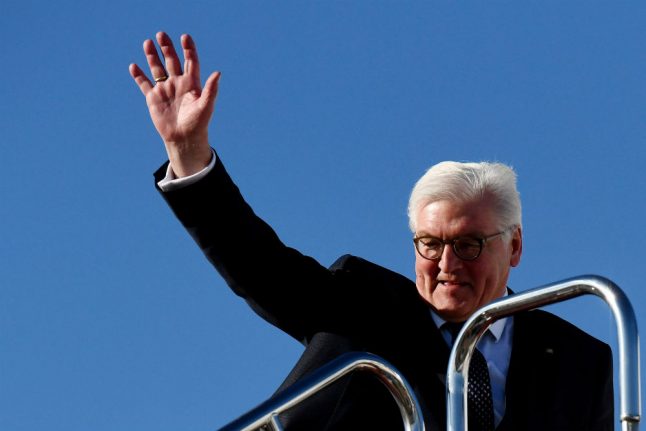 Steinmeier, Germany's largely ceremonial head of state, conceded that the EU's biggest economy — which has long enjoyed US protection under the NATO umbrella — needs to “grow up” and “realize our international responsibility”.

“But, honestly speaking, I'm really concerned about the development of the trans-Atlantic relationship,” said the former foreign minister in an interview with public broadcaster ARD.

“Not because I'm looking at a president with some irritating Twitter messages, but because a substantial change is now going on and (there is) a new American administration that no longer sees us as parts of a global community where we act together but sees the world basically as an arena where everyone has to somehow find their own way.”

Steinmeier said that German Chancellor Angela Merkel and French President Emmanuel Macron had on their recent Washington visits both “done the right thing by pointing to common European interests” on trade and preserving the Iran nuclear agreement.

Trump has threatened punitive tariffs on metals imports while so far exempting the EU and other allies, and to tear up the 2015 Iran nuclear deal under which sanctions were eased in return for Tehran's commitment not to pursue a nuclear bomb.

Steinmeier recalled that former US secretary of state John Kerry, when he signed the pact, had stated that it may have prevented a war.

“That was an important sentence because one has to remember what could happen if this agreement collapses again and new rearmament takes place in the Middle East,” said Steinmeier, stressing that the turbulent region could “not endure another conflict”.

He also warned against growing Western alienation from President Vladimir Putin, saying that even though Russia was defining itself through “a differentiation from Europe rather than cooperation”, diplomacy must seek ever new “initiatives and opportunities” for dialogue.

SEE ALSO: Germany expects US to impose steel and aluminium tariffs from May 1st