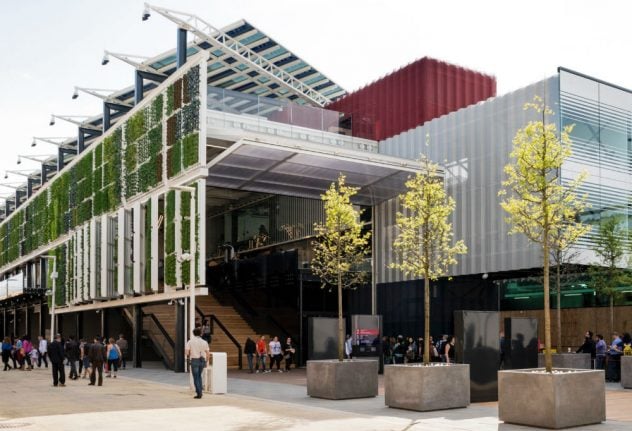 An conceptual image of the new hub. Image: Hammerbrooklyn.DigitalCampus

The hub, located between Hamburg’s main railway station and HafenCity quarter, is being billed as a place where innovative solutions for the city are to be devised and tested out.

Set to open in early 2019, “Hammerbrooklyn.DigitalCampus” is meant to be a place where companies, start-ups, and movers and shakers in various industries can work together with city authorities on site and develop ideas for Hamburg's digital future.

Companies such as Deutsche Bahn, Siemens and Volkswagen have already signed up with plans to work on mobility concepts, having rented out a space at the centre for at least five years, reports the Hamburger Morgenpost.

“The guiding idea at Hammerbrooklyn is to develop, try out and learn something new,” co-founder of the project, Mathias Müller-Using, told the Hamburger Abendblatt.

“This is where the city of the future is to be conceived,” Müller-Using added.

The ambitious and costly project, which will profit from a total of €150 million in investments over the next ten years, has generally been met with applause from politicians, according to the Hamburger Abendblatt.

Frank Horch (independent), the Hanseatic city’s senator for economics, has encouraged businesses to get involved.

“Hamburg must be innovative and creative to be internationally competitive,” Horch said, adding that “it is especially important that companies and organizations seize the challenges and opportunities of digitalization for their own benefit.”

Head of Hamburg's central Mitte district, Falko Droßmann of the Social Democrats (SPD), said he was already looking forward to the completion of the hub in 2019.

Pilot projects at the centre will focus on smart city and smart mobility concepts, including augmented and virtual reality, block chain technology and 3D printing.

These projects will play a key role in implementing Hamburg’s strategy as host of the Intelligent Transport Systems (ITS) World Congress in 2021.

Once the 50,000-square-metre hub opens its doors members of the public will also be able to visit.