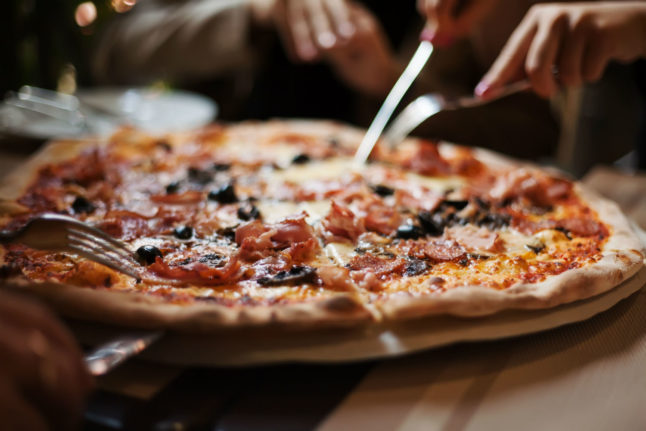 Eating smaller pizzas with forks is more common in Germany than the US. Photo: depositphotos/vikky_wild

Shortly after moving to Germany, I sat down to dinner with a few German colleagues. The restaurant set a large pizza in front of us as I, hungrily eyeing it, picked up a sizzling slice with my hands. Yet I noticed how I stood out as the American in the group, as everyone else proceeded to daintily cut each slice with a fork and knife.

While nowadays I observe more people scarfing down our finger foods like pizza and burritos “American style”, a fork and knife are also used on dishes we scarcely apply them to in the States, such as salads.

Bringing out the knives 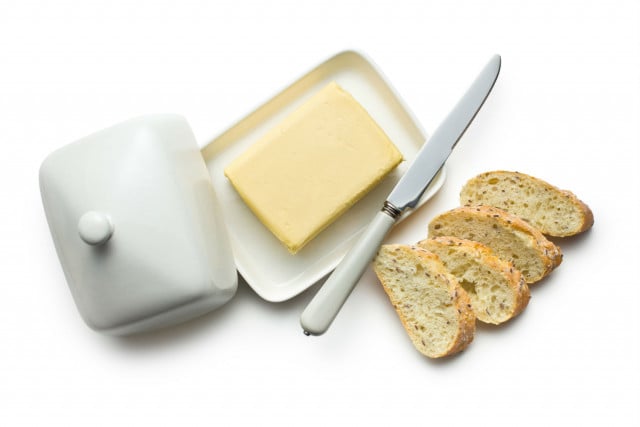 In the U.S. a butter knife is often only used for the task its name implies. Photo: depositphotos/jirkaejc

Even when Americans use a fork, that shiny butter knife seems to be an optional utensil, or just used to fulfill its namesake duty.

Americans will, for example, often just rely on a fork to eat their meal, unless it is a dish such as a steak that badly calls for the assistance of a sharper utensil to be broken apart. Yet Europeans will use both a fork and knife to cut apart nearly every non-dessert food.

When we do use our knives, I noticed it’s in a very different fashion than in Germany. While Americans cherish efficiency, this does not appear true in the way we cut our food.

Through the “continental style”, Europeans (and many other cultures) will keep their forks in the left hand and knife in their right hand, maintaining a composure that appears somehow sophisticated (from my humble foreigner’s view) even with pizza.

Americans, on the other hand (quite literally), will do what has been dubbed the Homeland Handoff, or the cut-and-switch, alternating the fork and knife back and forth.

Laying it on the table

Only when an American friend visited me in Berlin and put a hefty tip on the table after our restaurant meal did I think about just how different this practice is in Germany.

For one, it’s uncommon to tip more than 10 percent, and that’s usually just if the meal was extraordinary. Usually Germans just round up, a practice I quickly became accustomed to as well.

Furthermore they almost always tell the waiter how much they’d like to give, informing that they are paying €7 on a €6.50 meal.

As my friend walked out the door, I quickly picked up the table-top tip and handed it to the waiter, making sure that he and not anyone else got to it first.

Tap water flows freely at restaurants in the U.S. Not true in Germany. Photo: depositphotos

In Germany, I learned that ordering tap water at restaurants can be viewed as a sign of stinginess. “If I give you free water, I’ll have to give it to all my customers,” a waiter once told me when I requested Leitungswasser (tap water), as though it were a glass of Pinot Noir.

Especially at fancier establishments, I’ve learned that a request for water is usually followed by the question, “Still or sparkling?” and then the precious resource being brought out in a bottle that costs at least €2 or €3.

Free tap water is often only a perk if you’re a regular at an eatery; in Germany, they really know how to go all out for their guests.

And does anyone else find it strange that some cafes have large vases used as water jugs with glasses about the size of an espresso cup?

While having lunch in Palo Alto in the heart of Silicon Valley a few years ago, an advertisement on my table promoted an app that would cut business lunch times “by 12 percent”, allowing you to order without interacting with the waiter first.

While such inventions are not perhaps such a bad idea in a country with notoriously long wait times before you are served, I much prefer the slower pace of meals in Germany — both at home and when dining out.

In Germany, I have never once been ushered out of a restaurant for “taking too long”, even during peak hours in popular places. It’s been a relief to fully relax, and enjoy the company and food — with both a fork and knife at hand.

READ ALSO: Everything you need to know as an American moving to Germany