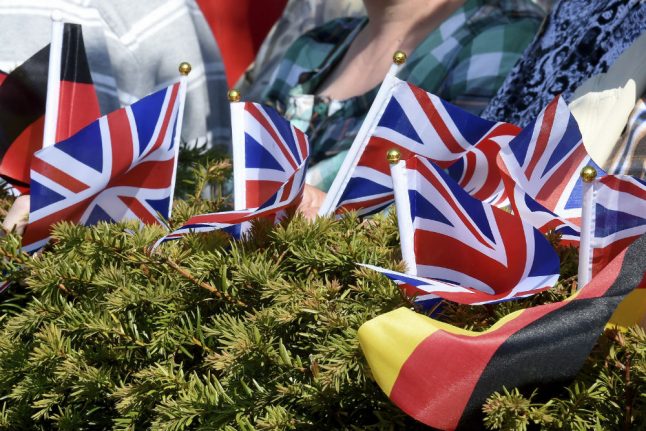 German and British flags at a parade of UK soldiers in Bergen, Lower Saxony. Photo: DPA

Editor's note: Against the background of Brexit and amid uncertain times for Brits in Europe, The Local has updated our research on citizens of the United Kingdom living in Germany. Almost one year since our last update (February 13th, 2019), this has shown a number of new developments and a general increase in the number of UK citizens who call Germany home.

Ever wondered where the best places in Germany are to have a decent cuppa and scones with clotted cream? Probably in locations where lots of Brits live.

Across all 16 federal states, we've found out there's a pretty uneven spread of Britons, much like the population of other native English speakers.

SEE ALSO: Where do the Australians in Germany live – and how many are there?

SEE ALSO: Where in Germany do all the Americans live?

The previous time Federal Statistical Office (Destatis) statistics were published on foreign residents at the end of 2017, some 116,480 people with a British passport were registered as residents in Germany.

This was updated at the start of 2019, showing that just under 1,000 additional Brits had moved to Germany – or at least updated their Anmeldung (address registration) with the shadow of Brexit looming large.

One thing to note is that military personnel and their family members are not counted in this data.

According to the UK Ministry of Defence, there were around 6,800 military personnel stationed in Germany in 2016. Since the UK aims to withdraw all troops from Germany by 2020, this number is already likely to be considerably lower.

Figures from April 2018 – the most recent available – from the UK’s Office for National Statistics show that of the almost 800,000 British citizens live across the European Union excluding the UK and Ireland, 12 percent chose Germany as their home.

The Bundesrepublik comes in third place to only two other EU countries: France (with 19 percent of all continental Brits) and Spain (37 percent). Given the fact that these two countries are warmer and sunnier and have more beaches than Germany, this isn't surprising.

Nonetheless, the land of Bier und Bratwurst is still a hot destination for Brits seeking to move abroad, at least within the EU. So where exactly do they all flock to?

Berlin leads the way as the federal state with the highest concentration of people from the United Kingdom. Some 27,015 British residents live in the metropolis, according to 2018 Destatis figures. Much like the federal numbers, there is a significant gender discrepancy – with 6,000 more male than female (16,300 to 10,715) UK citizens in Germany.

This is a slight growth of around 200 on 2017 figures, but it is a fairly dramatic increase from statistics for 2016 in which 12,355 British citizens were registered as living in the nation’s capital – less than half the number of Brits who live there now.

It is difficult to determine the extent to which this figure reflects new arrivals, or simply Brits in Germany who chose to make their presence more official with the rise of Brexit uncertainty.

Either way, it is clear that the number of Brits in Berlin is on the rise. In 2010, the figure of Britons in the capital was much smaller at 9,450. In the subsequent years this number more or less stayed the same until 2015, when it grew to 10,600 and kept increasing from there.

“The majority of British people moving to Germany are coming for the lifestyle, not jobs,” Melanie Neumann, a doctorate student at Humboldt University’s Centre for British Studies, tells The Local.

This is likely why British expats come to Berlin in such large numbers, Neumann tells The Local, adding that the capital has a lot on offer such as a creative atmosphere and a flourishing startup scene.

The second leading state when it comes to British residents in Germany is North Rhine-Westphalia (NRW), which also happens to contain the most densely populated area in the country, the Ruhr-Rhine region.

Next up comes Bavaria in third place in terms of its British population, with 17,350 in total. The district of Upper Bavaria which encompasses Munich is the second most concentrated German region in terms of British residents.

Neumann says that based on the UK nationals she's spoken to as part of her research, British people move to Berlin rather than Munich because it's more suitable for them whereas the Bavarian capital is “too posh.”

UK residents in Germany broken down according to state. Map: Datawrapper

The south Hesse region, which includes Frankfurt, is another area with a high concentration of Brits and lands among the top three regions in Germany with the most subjects of the Queen.

Fewer Brits have chosen to up sticks and head for Lower Saxony – 9,425 of them call the rural state home, with state capital Hanover accounting for 1,915 of them.

The states with the fewest Brits

Whereas just over 4,200 people with UK passports live in the entire state of Rhineland-Palatinate, about the same amount (3,975) have settled in the city state of Hamburg – roughly a seventh of the population of Brits in Berlin. Hamburg's population of British citizens has increased by just 25 between 2017 and 2018.

SEE ALSO: Hamburg: The most British city outside Britain

Far fewer Brits settle down in Schleswig-Holstein (less than 3,000), Saxony and Bremen (both less than 1,500 British residents).

That being said though, there are still a decent amount of beans on toast lovers in the Saxon cities of Dresden and Leipzig – two cities that have among the highest numbers of Britons in east Germany with 400 and 585 British residents, respectively.

A member of the British Kiel Yacht Club in Schleswig-Holstein in 2016. The club has since closed down. Photo: DPA

In other areas of the country, finding any people who habitually dunk biscuits in their tea is like fishing for a needle in a haystack.

Not only do very few Brits live in these states, few foreigners (people who do not hold German passports) live there altogether. The smallest number of foreigners live in the eastern states of Thuringia and Mecklenburg Western-Pomerania.

As to why so few Brits choose to move to certain states, regions and cities over others, such as Berlin, Neumann believes this has to do with the opportunities available.

“I know some musicians that can get by in Berlin by busking,” the doctoral student says. “This wasn’t possible for them in London so it probably isn't possible in smaller German cities.” 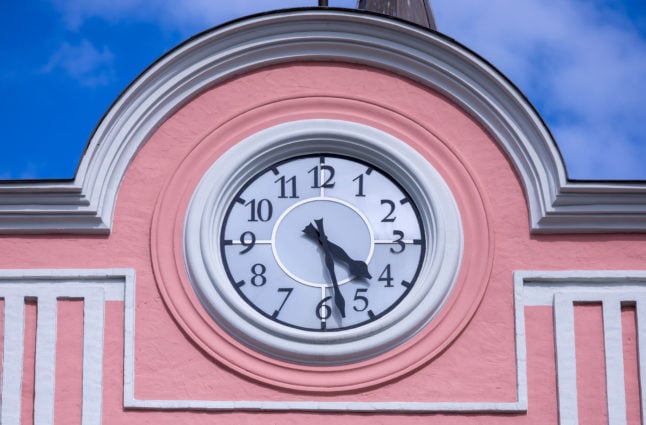