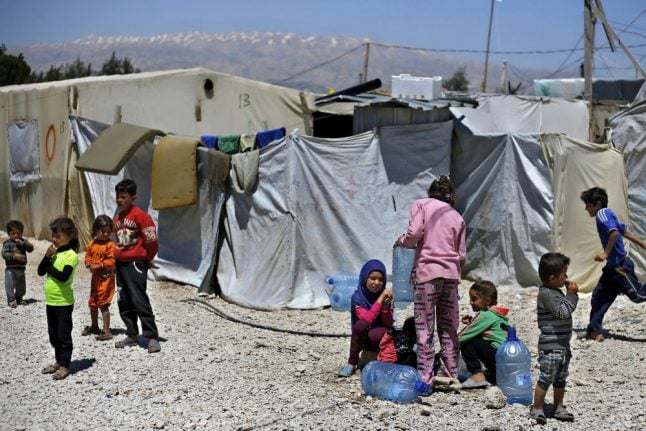 A photo of refugees in Lebanon taken on Tuesday. Photo: DPA

Foreign Minister Heiko Maas announced on Wednesday that Germany will donate the additional amount in the effort to help Syria and neighbouring countries who are hosting Syrian refugees.

“There are more than 13 million people in Syria who are dependent on humanitarian aid,” Maas said while arriving in Brussels for a United Nations humanitarian aid drive for Syria.

“Protection of the civilian population must have top priority,” he said, adding that Germany had “strongly committed itself to efforts” to restart the political process to resolve the conflict.

„We must not leave the people in #Syria alone“, says Foreign Minister @HeikoMaas. Germany will provide an additional 1 billion Euro in aid.

Another €300 million may be added in mid-July once the government finalizes its budget, according to the Foreign Ministry.

During the UN's aid drive for Syria last year, Germany was the largest donor. Berlin has contributed around €4.5 billion in aid to Syria since 2012.

Some 80 countries are taking part in the two-day conference in Brussels organized by the UN and the European Union.

AID
EXPLAINED: How Germany plans to support families and businesses in the pandemic
Url copied to clipboard!