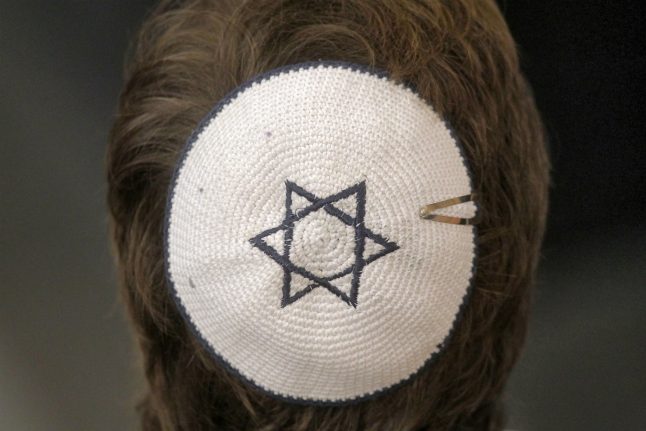 “Confessing defiantly would in principle be the right way”, Schuster told the radio program Rundfunk Berlin-Brandenburg (RBB) on Tuesday. “Nevertheless, I would actually have to advise individuals not to openly wear a kippa in the metropolitan setting of Germany.”

Schuster was responding to the case of an attack on a kippa wearer in Berlin last Tuesday, which caused fierce discussions about anti-Semitism in Germany.

Jewish people living in Germany's major cities should “wear a baseball cap or something else”, rather than the traditional Jewish head covering, Schuster suggested.

Schuster warned that if open anti-Semitism is not countered, then democracy in Germany is in danger.

“It is not just anti-Semitism, it is also racism and xenophobia. This requires a clear stop sign,” he said.

Despite this warning, Schuster said in the lead-up to Wednesday’s “Berlin wears kippas” solidarity rally that he believes “the majority of society has understood that we have also reached a certain turning point” concerning the place of anti-Jewish sentiments in German society.

Last Tuesday, two men aged 21 and 24 who were wearing kippas were attacked by an Arabic-speaking man on a street in the Berlin district of Prenzlauer Berg. One of them was beaten with a belt and slightly injured.

The following Thursday, Berlin police reported that a 19-year-old suspect turned himself in to the police for the crime.