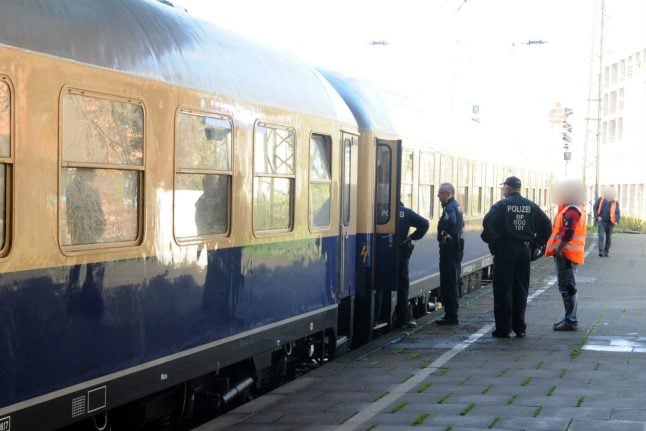 The rape reportedly took place as fans of Borussia Mönchengladbach travelled back from Munich on a chartered train on Saturday evening. The football fans had been watching the team play Bayern Munich in a Bundesliga match.

The man allegedly pushed the 19-year-old woman into a train toilet before locking the door and raping her inside. The young woman phoned her parents after the crime, who then immediately informed the police.

Police officers met the young woman as she got off the train in Flörsheim in Hesse and then took her to a nearby hospital.

Officers then searched for the culprit at the next four stops that the train made, checking a total of 750 personal identity papers. The suspect was checked by police but was allowed to pass through the controls, as he only became a suspect on the next day.

Investigators were able to identify the suspect after a photograph emerged showing him and the victim on the train.

Police say the suspect is 30 years old, from Mönchengladbach and a German-Polish dual national.

Borussia Mönchengladbach have offered police their help in investigations.

“If we as a club can help in any way with solving this crime we will do so,” a spokesman said. “This is a disgusting crime and it is a disgrace that Borussia is connected to such an act.”