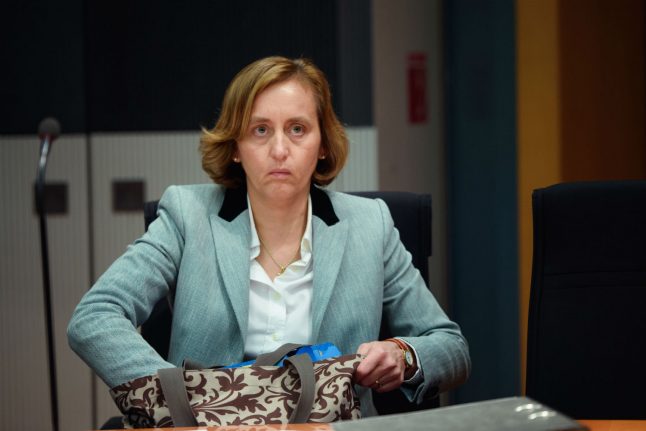 When a man drove a van into a crowded cafe in Münster on Saturday afternoon, killing two people and injuring dozens, it brought back dark memories of a similar attack perpetrated by an Islamist terrorist at a Berlin Christmas market in December 2016.

But, in the hours after the attack it remained unclear who the perpetrator was.

Nonetheless, Beatrix von Storch, deputy leader of the far-right AfD, took to Twitter to blame the attack on Merkel’s refugee policy. “Wir schaffen das (we can manage this),” she wrote, in sarcastic reference to a phrase uttered by the Chancellor when Germany started to take in large numbers of asylum seekers in 2015.

Later though, police confirmed that the attacker was a German man who apparently suffered from psychological problems. They also made clear that he appeared to have no connection to the Islamist scene.

Instead of backtracking, Von Storch doubled down on her attack on the government, writing on Twitter that “even if the attacker turns out to be German, my reply is this: we have more than enough crazed and murderous Germans, we don’t need any more.”

She later claimed that the attacker was “an emulator of Islamic terror” adding that “Islam will strike again: the question is not whether but when.”

Von Storch, who has a history of causing controversy with her Twitter utterances, was slammed by political rivals for using the van rampage to attack Merkel's refugee policies, even as victims were still lying in hospital in a critical condition.

“If Ms Von Storch even had a shred of decency she would immediately resign her seat in parliament,” Markus Blume, general secretary of the conservative Christian Social Union (CSU), said on Monday.

Blume added that it was incomprehensible to him “how some politicians try to use this incident politically. Whoever abuses this event in this way, like Ms von Storch has done, doesn’t have a place in the German parliament,” he said.

Ralf Stegner, deputy leader of the Social Democrats (SPD), said that “the tragic events in Münster are being used by politicians who want to exploit the victims’ families – that is a scandal.”

The Central Council of Muslims meanwhile said that the way the crime was being talked about revealed a double standard in reporting.

“Why are German perpetrators psychologically disturbed, while Muslim ones are ‘Islamist’ terrorists? We shouldn't wonder that Islamophobia is on the rise when such double standards are in use,” said Muslim Council head Aiman Mazyek.

This isn’t the first time that von Storch has caused outrage with her use of the social media channel.

In 2016 she suggested that it was acceptable for border police to shoot at refugees who illegally cross the border into Germany, even if the refugees are women and children.

She later deleted the tweet saying she had accidentally published the comment through a slip of her mouse.