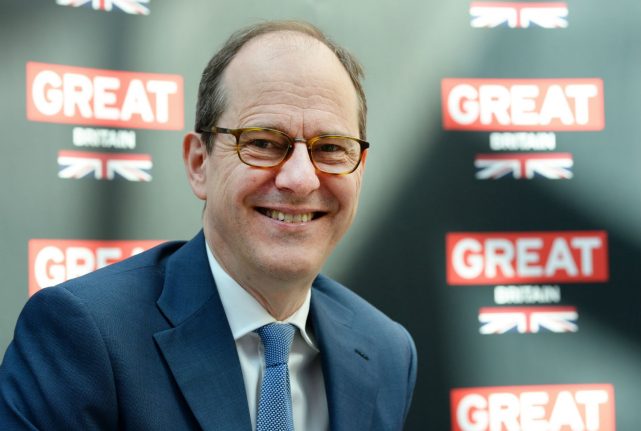 Wood, who has been ambassador in Berlin since 2016, told Deutschlandfunk that the Russian state continues to experiment with the nerve agent novichok, adding that it has been developing ways to use small quantities of it to kill people.

“Our intelligence agencies know that this secret programme exists and that the Russian government has never made it public,” he said.

Wood went on to say that Russia was breaking international agreements on chemical weapons which had committed it to destroying chemical agent stock piles from the Cold War era. Russian claims to the contrary are “false, completely false,” he said.

The former Russian intelligence agent Sergei Skripal was poisoned with the nerve agent novichok in Britain along with his daughter Yulia in early March, sparking a serious international incident between the West and Russia.

The British government has said that it is “highly likely” that the attack was carried out on orders from the Russian state.

Germany expelled four Russian diplomats last week in solidarity with the UK, with Berlin accusing Moscow of a lack of transparency in its response to the nerve agent attack.

But the German public are generally not in favour of increasing pressure against Russia. A survey published in Tagesspiegel at the end of March showed that 52 percent of Germans thought it was an overreaction to throw out the Russian diplomats.

Populists on both sides of the political divide in Germany have tried to make hay out of the discrepancy between public opinion and the government’s stance.

“There is no proof that Russia was behind the attempted murder of Skripal,” Alexander Gauland, leader of the far-right Alternative for Germany, said on Wednesday.

“That means that it was hasty and unwise to expel Russian diplomats and take other political measures against Russia,” he said.

Die Linke have described the official German position as “the opposite of a responsible foreign policy.”

“This extremely dangerous and misplaced strategy of escalation must urgently be ended. It is leading to a new Cold War and puts our security at risk,” said Die Linke MP Sevim Dagdelen.