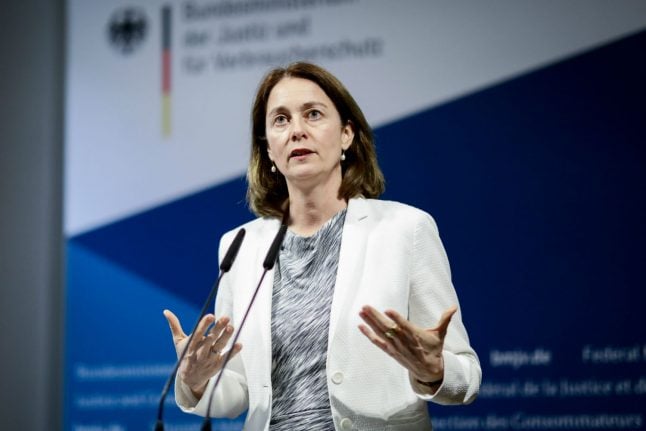 She called for “a clear reaction from European countries” over the company's misuse of private information.

Some 310,000 users in Germany are among the 87 million people whose personal data was improperly shared with British political consultancy Cambridge Analytica, a Facebook spokesman told AFP.

Media reports had initially suggested the data of some 50 million users had been hijacked in the privacy scandal, which has roiled the Silicon Valley titan and sparked wider questions about online data protection.

New European Union regulations were already due to take effect in May that aim to force social media firms to better protect users' online privacy – or face fines of up to four percent of annual revenues.

But Barley said the tough new measures may not go far enough.

“Social networks need clear rules,” she said. “We will examine if the new European data protection regulations are sufficient.”

The hijacked data at the centre of the controversy was obtained via a personality quiz app that was downloaded by some 300,000 people.

But it also scooped up details about their Facebook friends without their knowledge – as was possible under Facebook's rules at the time.

Reports suggest the data was then used by Cambridge Analytica as part of its work on Donald Trump's 2016 presidential campaign, though the British firm denies this.

Barley, who met with European Facebook executives last week to discuss the scandal, urged Facebook to disclose whether other outside parties had also harvested user data without consent.

“It has to be clarified whether other outside apps abused user and contact information on a large scale,” she said.

Facebook chief executive Mark Zuckerberg is scheduled to appear before the US Congress on April 11 to testify about the Cambridge Analytica data breach.