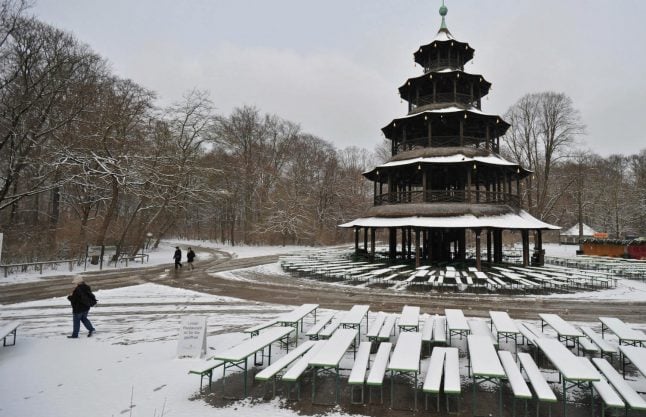 On a cold evening in December 2016, a 45-year-old woman was jogging through a remote part of the English Garden when she was attacked from behind.

According to prosecutors, her attacker grabbed her headband, pulled it down around her neck and strangled her with it. She screamed out for help but nobody responded.

The man then tightened the headband around her throat until she began to bleed. She collapsed in unconsciousness, but the man continued to strangle her for another 30 seconds, seemingly indifferent to the fact that she was about to die.

He then raped her and left her body in a bush.

Prosecutors have charged 28-year-old Emrah T. with the woman’s rape and attempted murder.

They argue that he believed his victim would die, either through the fact she had been strangled or because he had left her face down on the ground in temperatures of 2C.

But the woman regained consciousness minutes later and managed to drag herself to a nearby restaurant where she was found by a young couple.

According to the Süddeutsche Zeitung, it was largely luck that led investigators to identify Emrah T. as the culprit four months later. After a break in at the storage facility at which he worked, police matched DNA at the scene to that of the rapist. Emrah T. was one of several employees at the facility who voluntarily gave DNA swabs to the authorities.

His DNA was also found to match that taken from the scene of a rape that took place in nearby Rosenheim in 2015. The rape, which took place weeks after Emrah T. arrived in Germany, was similar in its brutality, with the woman also strangled before the crime.

Emrah T. arrived in Germany with his pregnant wife in 2015 and applied for asylum. He told immigration authorities that he was Syrian but it later transpired that he was a Turkish national.

The crime shocked the quiet, conservative city of Munich when it took place. Police advised women to go jogging in groups and to stay in areas that were well lit.

It was also just one of several violent rapes that occured in public places at the end of 2016 in which the suspects were asylum seekers who had recently arrived in the country.

Last week, a verdict was handed down in the most high profile of those cases. A Freiburg court sentenced Hussein Khavari to life in jail after he was found guilty of the rape and murder of a 19-year-old student in the southern university town.

Critics of the German government's open door refugee policy, through which hundreds of thousands of asylum seekers arrived in the country in 2015 and 2016, say it has caused an increase in cases of rape and murder of women.

READ MORE: Why are refugees more likely to be charged with sexual assault?
Url copied to clipboard!