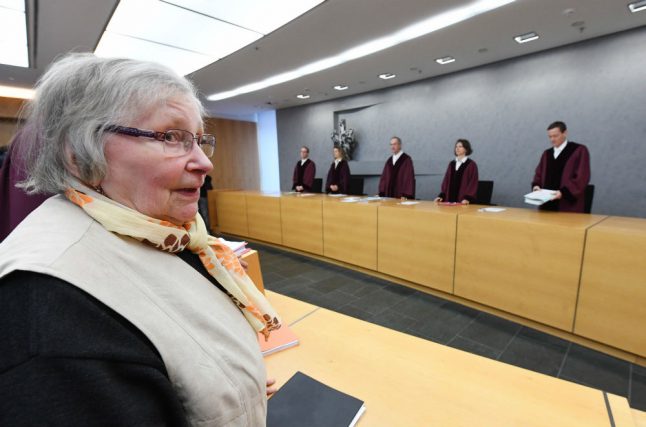 The elderly lady in court in Karlsruhe in February. Photo: DPA

With its ruling, the court rejected a woman's complaint. The elderly lady had taken her Sparkasse bank to the high court in protest at having to fill out forms that address her as a man.

The pensioner had complained that it is not enough for her local Sparkasse to use the female form for customer (Kundin) to address her in correspondence; she also wanted them to use the female word ending in forms.

Currently the bank only puts the male form of the word customer (Kunde) on its forms. (In German, the male form of a noun is generally also used as the general non-gender specific term, ed.)

Now as a result of the ruling, standard forms will not have to be reformulated by banks, state institutions and private companies.