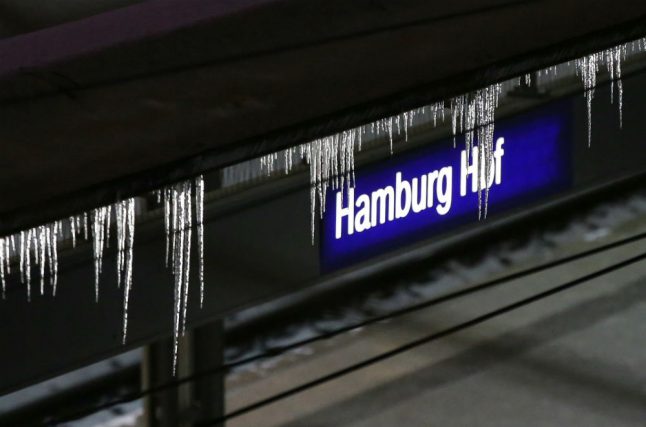 It was still very cold across Germany on Tuesday morning due to a drop in temperatures and, particularly in the north, snow remained in many areas.

In Hamburg and the district of Ostholstein, Schleswig-Holstein, snowfall could continue throughout the day, with up to 30 centimetres predicted in some areas, according to Kent Heinemann from the Hamburg Institute for Weather and Climate Research.

“On Tuesday, stormy gusts of fresh snow and snow drifts may occur on the coasts. There could also be snowfall elsewhere,” Heinemann told NDR.

In Hamburg, road services had their hands full clearing away snow that had fallen on the previous day.

SEE ALSO: Coldest night of year has Germans shivering, from Hamburg to Bavaria

Since midnight, the city’s road clearance services have been operating 100 snow ploughs and at 1.45am an additional 800 relief forces and 250 vehicles were put into action, reported broadcaster NDR.

Main roads have already been cleared, but they will likely be cleared repeatedly throughout the day on Tuesday.

Dangerous conditions on roads which have been cleared of snow must be expected, Hamburg authorities warn. This applies in particular to residential and secondary roads as well as footpaths, which are not included in snow removal plans.

The icy conditions have meant that there were traffic jams on highways in and around Hamburg early on Tuesday , with 22 kilometres of tail back reported near the Elbe tunnel.

Police in Hamburg have reported about twelve weather-related accidents. “That's already quite a number,” a spokesperson told broadcaster NDR.

Meanwhile rail and bus passengers have seen disruptions due to the weather. The S2 suburban railway line has been cancelled until further notice due to a points failure. The U1 line between Ahrensburg-West and Großhansdorf is also currently out of service.

S11 trains (in the direction of Poppenbüttel) are also now running via Landungsbrücken instead of Dammtor; passengers on the S3 and S31 lines have to change trains in Neugraben.

Bus services in Stormarn, Lauenburg, Ratzeburg and Mölln have also been partly cancelled.

Air travel wasn’t seriously affected by the weather conditions, though. No flights were cancelled at Hamburg airport due to the snowfall. At Bremen airport some planes were diverted to Hanover airport on Monday night and a flight from London was cancelled.

The German Weather Service (DWD) has forecast the cold snap to last until Tuesday evening nationwide. On Wednesday and Thursday light snowfall is predicted for the Baltic Sea coast.

As meteorologists predicted last week, temperatures dropped drastically at the weekend and a cold snap had set in across much of the country.