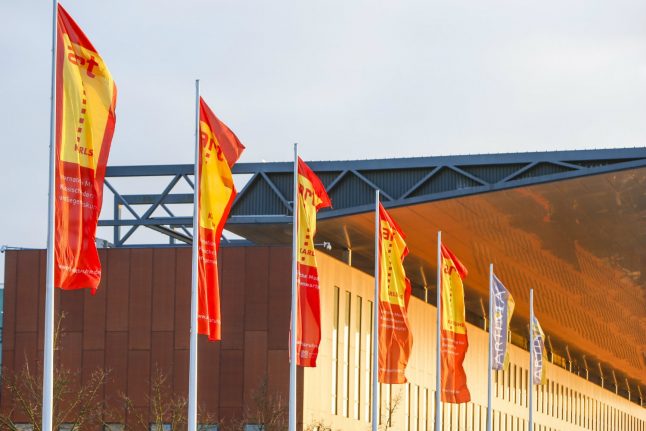 The provocative painting entitled “Turkish dictator” by Thomas Baumgärtel has sparked noisy complaints and protests at the art Karlsruhe fair.

The fair organisers tweeted that, amid the row, not they but the gallery owner had “decided to take down the caricature”.

“I have a certain responsibility toward other visitors,” he told national news agency DPA.

The artist wrote on Twitter that he had severed ties with his gallery after it had taken the decision “without consulting me”.

Baumgärtel is a street art pioneer also known as the Banana Sprayer whose trademark motif is an Andy Warhol-style banana.

The uproar started when a Turkish journalist Thursday filmed the picture with a smartphone while reporting online, said Oess.

The Turkish newspaper Daily Sabah reported on the painting, saying that to Turks it presented a “racist and vulgar attack” on their president.

Oess said the painting, part of the “Despots series — Trump, Kim and Erdogan”, had sold for 5,900 euros.

Germany is home to a three-million-strong ethnic Turkish community.

Erdogan has in the past sued TV comic Jan Böhmermann over a satirical poem, sparking a diplomatic row.