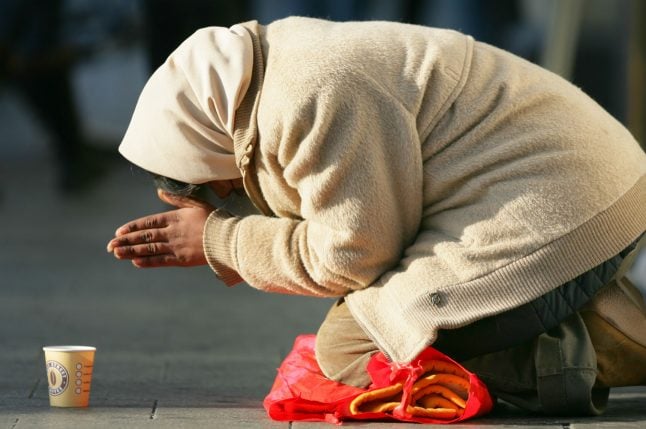 The Roma Support Association (Förderverein Roma) said in a press release that the Frankfurt public order office had acted in an “inhumane” and “illegal” manner when it stamped the passports of two Roma women of Romanian nationality and included the note “caught begging aggressively.”

According to the organization, the stamp nullifies the passports, which are official property of the Romanian state.

The two women come from the Romanian city of Gheorgheni, where they suffer from poverty and persecution, the organization states. It also reports that they were sitting in the street with a sign asking for money, when public order officials apprehended them.

“This behaviour displays to a scandalous extent a supreme level of exclusion and stigmatization. The women will be denounced every time their papers are checked. Every border crossing will be like running the gauntlet,” the press release, published last week, states.

The Frankfurter Rundschau (FR) first reported the story on Tuesday and confirmed that the public order office does not permit its officials to tamper with people’s passports in this manner.

“These kind of passport entries are not allowed,” a spokesperson told the FR, adding that the official in question had been “urgently sensitized” to his mistake.

But the Roma Support Association, which plans to take legal action, said the incident was part of a wider policy of persecution of Roma beggars in which the ultimate aim is “the expelling of homeless Roma migrants from the city of Frankfurt.”