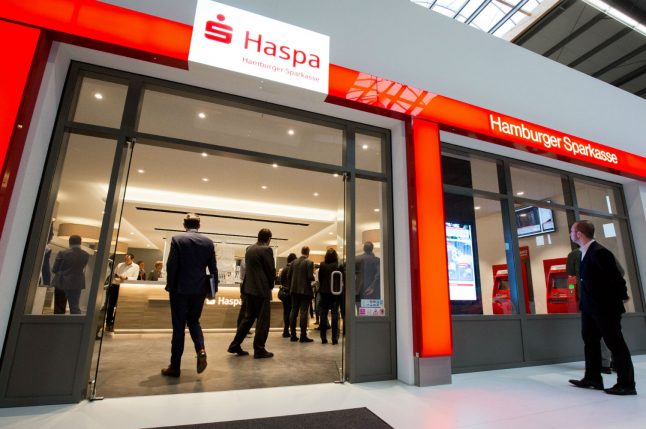 The woman’s complaint is that it is not enough for her local Sparkasse to use the female form for customer (Kundin) to address her in correspondence, she also wants them to use the female word ending in forms.

Currently the bank only puts the male form of the word customer (Kunde) on its forms. (In German, the male form of a noun is generally also used as the general non-gender specific term, ed.)

On Tuesday, the High Court in Karlsruhe will rule on the case – if it rules in the woman’s favour, standard forms will have to be reformulated by banks, state institutions and private companies.

“It’s the principle that matters,” said the woman's lawyer Wendt Nassall, explaining that the case is about equality between the sexes.

Stevie Schmiedel, founder of the feminist organization Pinkstinks which has been supporting the legal action, said that it was unacceptable that, 100 years after women were given the right to vote, they were still being addressed as men.

“I can’t believe that all the sexes are still being addressed in the male form in 2018,” she said, adding that it was not enough to argue that using the male form assumed the inclusion of other sexes.

But the Association of German Sparkassen sees the case rather differently. For them it is a matter of pragmatism.

The organization stresses that customers are addressed with the appropriate gender in direct correspondence. The male ending is only used in generic forms.

“The forms are legally complicated and would be complicated even further if we had to include different endings throughout sentences to include both sexes. For this reason a standardized form of address was chosen,” spokesman Stefan Marotzke said.

The state court in Saarland, which previously considered the case before rejecting the woman's argument, saw things similarly.

“The case for the male ending is strengthened by the fact that the male form has been used in general speech to collectively refer to both sexes for 2,000 years. We are talking about nothing more than a historically developed convention for how we communicate with one another,” the court stated.

But this line of argument was roundly rejected by Mechtild Düsing, a board member for the German Society of Lawyers.

“What was correct 2,000 years ago can’t be right today,” she said. She further argued that Sparkasse banks, because they are partly state owned, have a particular duty to abide by constitutional obligations on gender equality.

If the court were to decide that the wording had to be changed, it would not be immediately obvious what it would be changed to.

According to Schmiedel from Pinkstinks, the forms should state Kund*in or Kund_in. But other possibilities would be Kund/in, KunIn or swapping to a generic female Kundin. And given the fact that the constitutional court recently recognized a third gender, KundX could be yet another possibility.