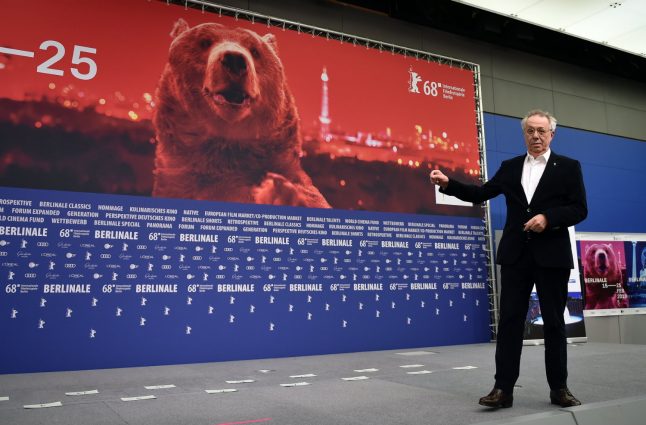 The actress, who has refused to be publicly identified, last year accused renowned Seoul director Kim Ki-duk of physical and sexual abuse, saying he beat her and forced her into unscripted, unwanted sex and nude scenes while shooting his 2013 film “Moebius”.

Kim, 57, is one of South Korea's top directors whose awards include Berlin's Silver Bear for “Samaritan Girl” in 2004 and the Golden Lion at the Venice Film Festival for “Pieta” in 2012.

His latest work “Human, Space, Time and Human” will have its world premiere in the Panorama Special section of this year's Berlinale, which begins Thursday.

“I find the decision to invite Kim deeply sad and extremely hypocritical,” the actress told AFP, adding she had been left “devastated” by the experience.

“Kim admitted and was found guilty of physically assaulting me on the film set. Yet the Berlinale rolled out a red carpet to him while boasting about their support for the #Metoo movement,” she said.

Berlinale chief Dieter Kosslick said last week that this year's festival would shine a light on sexual misconduct and serve as a “forum” to bring “concrete changes” to the treatment of women in the film industry.

Some of the most high-profile cases revealed by the global #MeToo phenomenon have involved top entertainment figures, such as movie mogul Harvey Weinstein and actor-director Kevin Spacey.

Kosslick said Tuesday he had disqualified some productions from the festival because a director, screenwriter or star was facing credible sexual misconduct allegations.

The actress spoke out in December about the abuse she suffered at Kim's hands on the set of the 2013 film, where she was eventually replaced by another actress.

Her allegation is a rarity in South Korea's lucrative, male-dominated film industry.

But she still spoke behind a white screen during her press conference for fear of online bullying and shaming in a nation that remains patriarchal despite its economic and technological advances.

“One day, Kim said 'I'll set your emotion' and suddenly slapped my face really hard three times in a row in front of everybody, before turning the camera towards me and filming,” she said then.

“I was so shocked… but had to start acting right away,” she went on, adding that none of the crew said “a single word to stop him”.

Seoul prosecutors dropped sexual abuse charges citing a lack of evidence but fined Kim 5 million won ($4,600) under a procedure where minor cases can be handled without going to court.

Kim admitted slapping the actress for the purposes of an “acting lesson” but denied the other allegations of wrongdoing.

Women in the South's tight-knit movie business, both on screen and behind the camera, fear making public accusations against prominent figures, said Hong Tae-Hwa, secretariat director of the Federation of Korea Movie Workers' Union.

“They are so afraid of having their career practically terminated in this industry, from which you can be banned for life for speaking out about the slightest abuse by directors or producers,” he said.

Kosslick told AFP that the Berlinale was aware of the accusations against Kim, and that he had been convicted and fined, but that the sexual harassment allegations had been dismissed for lack of evidence.

It was seeking more information about an appeal in the case, he added.

“Obviously the Berlinale condemns and opposes any form of violence or sexual misconduct,” he said.

Kim has kept a low profile and refused to talk to the media in South Korea since the scandal sparked nationwide fury last year.

But his return to the Berlinale — one of Europe's top three film festivals — has been widely reported in the country as something of a status restoration, with headlines such as the Ilgan Sports tabloid's reading: “Troubled at home, loved overseas”.

It took four years for the actress to come forward after being told by industry figures that she had “no chance” of winning a legal case against Kim, whose career would “hardly suffer a dent” even if she spoke out.

“And the Berlin film festival proved that those people were right,” she told AFP, urging the festival organisers to pay more attention to “obscure, powerless” members of the industry.

“Unlike the famous Hollywood actresses who spoke out for #Metoo campaign, I'm just an obscure actress in a small Asian country,” she said.

“But that does not mean that my suffering is something that can be ignored and forgotten.”'