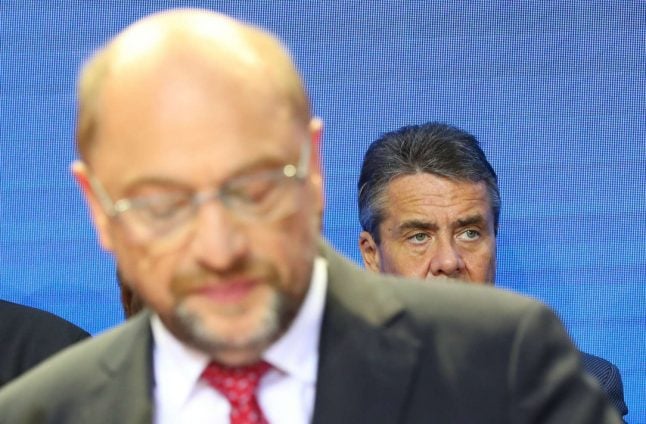 “I hereby renounce joining the federal government and at the same time implore that this should be an end to debates about personalities” within the Social Democratic Party (SPD), Schulz said in a statement.

“My own personal ambitions must be placed behind the interests of the party.”

According to Bild, the SPD party leadership had given Schulz an ultimatum of Friday noon to announce that he would give up his goal of a cabinet post. The hierarchy had reportedly become concerned by growing unrest among the party base, particularly in the heartland state of North Rhine-Westphalia.

DPA reported serious concern at the top of the party that members will reject the coalition deal struck with Angela Merkel’s CDU earlier this week. Party leaders have become increasingly worried that arguments surrounding personnel will distract from the work of convincing members to vote when it is put to an internal referendum in three weeks.

Earlier in the day, Schulz's predecessor as SPD leader Sigmar Gabriel accused him of breaking his word.

“What's left is regret at how little respect there is in the Social Democratic Party in our dealings with one another, and how little someone's word counts for,” Gabriel told the Funke newspaper group.

The rare public broadside at his comrades came after the SPD and Merkel's conservative CDU/CSU bloc announced a hard-fought coalition deal Wednesday in which Schulz was set to claim the foreign ministry.

It was Schulz's second major U-turn since September elections that ground the storied centre-left party down to just 20.5 percent of the vote.

He had previously ruled out both repeating the “grand coalition” for a third time under Merkel, and serving as a minister in her cabinet.

With the coalition deal subject to a yes-or-no referendum by all 460,000 of the SPD rank and file, the sound of activists' teeth grinding at Schulz's apparent move to secure himself a cosy job had by Friday become impossible to ignore.

It has been only a year since Gabriel gave up the SPD leadership to make way for Schulz, who was then seen as the better candidate to challenge Merkel in September's election.

Although Gabriel is one of Germany's most popular politicians — scoring a 57-percent approval rating in an ARD television poll this month — there appeared on Friday to be no job waiting in Merkel's fourth government. It remains to be seen if that will change after Schulz's dramatic announcement.

“I enjoyed taking on the office of foreign minister, and in the eyes of the public I apparently did a good and successful job,” Gabriel said.

“I regret that it's clear the public's esteem for my work means absolutely nothing to the SPD leadership.”

Gabriel is still in office in a caretaker capacity while the proposed coalition deal is put to a referendum of SPD members.