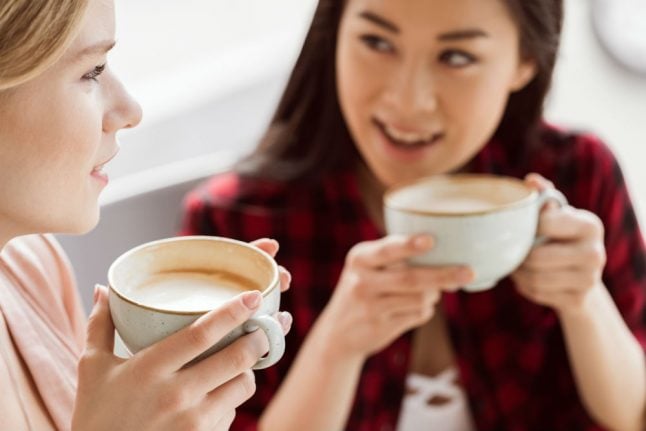 Recent surveys have indicated that upon arriving in Germany, foreigners can experience loneliness as they find it hard to make friends, partly because Germans are perceived as unfriendly.

I lived in Braunschweig, Lower Saxony, in my first few years in Germany, where I found it wasn’t too terribly difficult to make friends. But this probably had to do with several factors – such as the cosy size of the city and the fact that I put a lot of time and effort into it.

READ ALSO: Braunschweig – the German city that deserves to be put on the map

As soon as I landed on German soil in early 2012, I was keen on having some sort of a social life and made it a priority to get to know people; I didn’t want my partner – whom I’d essentially moved to Germany for – to be my sole source of companionship.

At the time, everything was new and exciting and I had just begun to learn German. As I wanted to see whether I could teach myself the language in a freestyle fashion without taking lessons, I didn’t attend a German class and thus couldn’t make friends in this way.

I also didn’t live in a shared flat, or a Wohngemeinschaft (WG), which can also be a great way to establish friendships.

Still, this didn’t stop me from attempting to make friends with locals and I found alternative ways to do so. Looking back, my beginner level of German was actually an advantage during those early stages.

This is because – through Sprachentandem arrangements – I was able to get acquainted with Germans, some of whom would eventually become friends.

At the language centre at the local university, the Technical University of Braunschweig, I signed up as a native English speaker looking to meet someone whose native language was German.

Many other institutions across the country, such as Humboldt University in Berlin, organize similar tandems for language learners. The Geothe Institut does so too. And though I can't vouch for this website as I haven't made use of it myself, TandemPartners.org is also meant to put language learners in touch with one another.

The idea behind these exchanges is that, through regular meetings, a person interested in learning their partner’s native language can do so in an informal way. And after a few months of weekly meetings with the handful of tandem partners I had, not only did my German slowly improve and so did their English, a few of us started to hang out in our free time as well.

Another way in which I was able to make friends during my first year in the Bundesrepublik was through colleagues at work. This was rather easy to do, I’ll admit, since the majority of my colleagues were fellow native English speakers; we could relate with one another well and shared similar experiences as foreigners in our adopted country.

Eventually I befriended many of my colleagues, who introduced me to their friends and acquaintances – non-Germans and Germans – and my network quickly grew.

But I didn’t stop there.

I utilized platforms like Couchsurfing.com and Internations.org to find out about events going on in the city; I’d randomly show up and ended up meeting loads of different types of people.

One Couchsurfing member for instance had posted onto the platform that she was offering a Turkish food cooking workshop, and all those interested needn’t do more but pitch in for ingredients. I remember having a lovely time with the handful of people I met that day, not to mention that I enjoyed delicious food in good company.

Today Couchsurfing and Internations members still actively post events and users can filter their search based on city. With a variety of events for users to choose from that are more specific to one’s interests, Meetup.com has also become a popular site for those looking to meet new faces.

I should mention too that there were several grassroots organizations and NGOs in Braunschweig while I lived there that organized meetups for those looking to practise their German; I befriended a few of the people I met on these occasions too.

Now – five years since I moved to Germany – I no longer live in Braunschweig, but I’m pleased to say I’m still in touch with many of the friends I made there – the majority of whom are expats. On the other hand, plenty of friendships have fallen by the wayside.

But this doesn't bother me at all. As the German saying goes: so ist das Leben.

I’ve since moved to Berlin; the capital city is essentially my oyster in terms of friendship-building opportunities. I've been here almost seven months and have already met people I can foresee building long-term friendships with.

The key I've found to making friends here (or in any other country, for that matter) is to go in with an open mind and to leave expectations and perceptions you might have at the door. So what if surveys show other foreigners think Germans are unfriendly?

As with life in general, I believe that if you put yourself out there and push through with a positive attitude, you're capable of overcoming anything – even the challenge of making friends in good old 'Schland.

SEE ALSO: Eight rules for making friends in Germany
Keen on sharing your stories with us on how you managed to make friends here? Send them to [email protected]