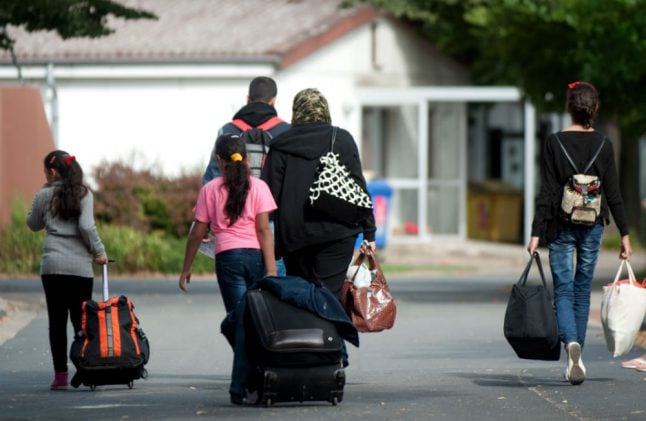 Merkel's Christian Democratic Union (CDU), along with its Bavarian sister party the Christian Social Union (CSU), have sought to limit arrivals after a mass influx, while the Social Democrats (SPD) argue that asylum seekers must be allowed to bring their relatives on humanitarian grounds and to aid their social integration.

The refugee aid group Pro Asyl slammed as “absolutely insufficient” the compromise hammered out in the ongoing coalition talks and labelled it a victory for the “hardliners” in the CSU.

READ ALSO: These are the thorniest issues in Germany's coalition talks

In their talks aimed at continuing their right-left “grand coalition” after inconclusive elections last September, the parties have also agreed in principle to limit total new migrant and refugee arrivals at around 200,000 a year.

The new policy on family reunions applies to migrants with temporary or “subsidiary” protection who have not been formally granted asylum but are temporarily spared deportation.

After a mass influx of over one million asylum seekers to Germany since 2015, those types of family reunions have been stopped, except for so-called “hardship cases”.

Under the new agreement, to be passed as a law on Thursday, the suspension will be extended until July 31st, after which up to 1,000 relatives a month will be allowed to come to Germany.

“Family reunions are important for all families, regardless of the protection status they have obtained in Germany,” said SPD negotiator Eva Högl, greeting the agreement.

“The SPD has ensured that from August 1st 2018, family reunification will finally be possible again even for those with subsidiary status.”