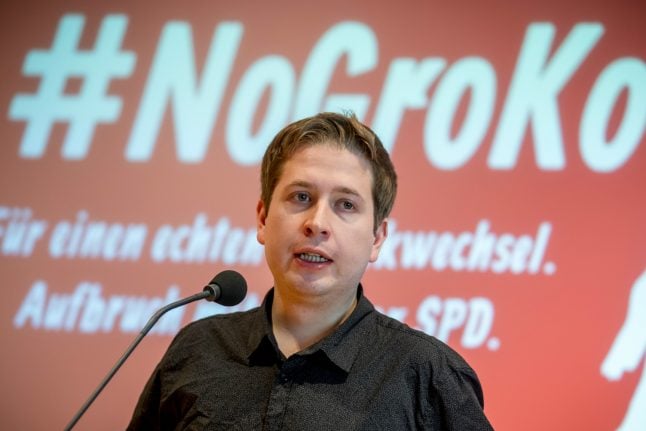 It was an incredibly close-run thing. On Sunday 372 of the 642 delegates at the SPD party congress voted to approve the results of preliminary talks on reforming a grand coalition with Merkel’s Christian Union.

The vote came as a huge relief for party leader Martin Schulz, who claimed that he had achieved “excellent” results at the end of the week-long negotiations.

But even agreeing to enter talks with Merkel marked a highly controversial U-turn from Schulz.

Immediately after the national election back in September, he claimed that the SPD would go into opposition. After four years as the junior partner in the government, the centre-left party had lost 40 seats in the Bundestag, scoring its worst post-war result.

But the situation changed when coalition talks between Merkel and two small parties – the Greens and the Free Democrats – collapsed in late Novemebr. Facing huge pressure from the German president, Frank-Walter Steinmeier, Schulz agreed to enter talks so that Germany could form a new government after months of deadlock.

But some in the SPD never accepted this logic. Most prominently, Kevin Kühnert, the leader of the party’s youth wing Jusos, vocally rejected any new deal with Merkel, saying that a re-run of the election would be the best thing for German democracy.

In the lead up to the party conference, Kühnert toured the country trying to persuade delegates that they should reject the preliminary coalition agreement.

After just failing to sway party delegates, the Jusos and allies on the left of the party have developed a new tactic.

Once the SPD leadership have agreed on the final terms of a coalition contract with the CDU/CSU, they will put the deal to party members to vote upon. To try and ensure a 'no' vote, elements within the Jusos are attempting to persuade people to join the party in the hope that they will then vote down a deal.

Under the provocative slogan “pay €10 and stop the grand coalition” the Jusos are fighting an online campaign to attract young members. SPD membership costs €5 per month, implying that the Jusos are encouraging people to just join the party for two months in order to block a deal with Merkel.

The strategy seems to be working. Between Sunday and Tuesday, some 1,847 people applied for party membership online.

Lars Klingbeil, the SPD general secretary said that he encouraged new members to join the party.

“But what isn’t okay is when people say: join the party for ten euros and then stay two months, vote against the coalition and then leave again,” he added.

According to Die Zeit, the party hierarchy are now fighting back. At the start of next week they plan to agree on a deadline for the date by which one must have joined the party in order to have the right to vote on the coalition deal, the paper reported on Wednesday.

Even Kühnert has distanced himself from the controversial Jusos campaign, which is being led to by the youth-wing in North Rhine-Westphalia. He told the Rheinische Post that people should not join the party for strategic reasons.

“We only want new members who share our core principles and want to join out of conviction,” he said.