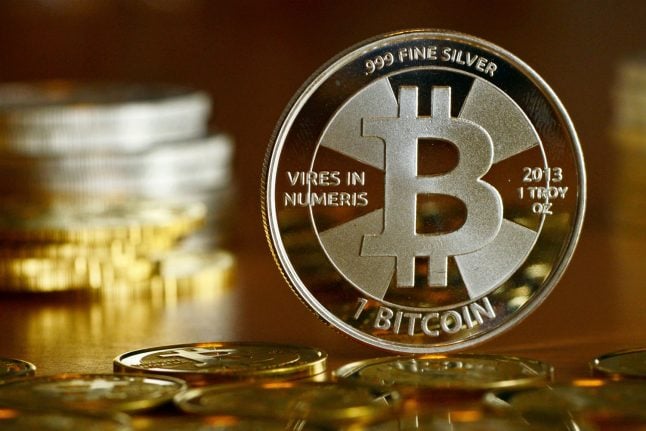 The German capital was first dubbed the “Bitcoin Capital of Europe” by the Guardian in 2013 and since then a number of other businesses have been keen to accept cryptocurrency as a form of payment.

Nowadays people can buy an apartment, book holidays, eat and drink in a number of trendy bars and even pay for further education using the controversial cryptocurrency Bitcoin.

There are a number of appealing factors which make Bitcoin an attractive form of payment. One of them is the blockchain technology behind the cryptocurrency. This means Bitcoin is managed by its network and not by one central authority.

Be warned – Bitcoin investing is not for the faint-hearted! This year Bitcoin price has been falling as concerns grow that governments will crack down on the industry. Currently Bitcoin is trading at $10,600 after hitting almost $20,000 in December.

One of the first universities in Germany to accept Bitcoin as a means of payment is the European School of Management and Technology (ESMT). The ESMT Berlin EMBA is ranked highly in the world for career progress and first started accepting Bitcoin payments in December 2016.

Georg Garlichs, CFO of ESMT explains that Bitcoin is a decentralized virtual peer-to-peer currency and can now be used for all payments to ESMT. The institution also accepts Ethereum, Litecoin and Dash – all cryptocurrencies – as a form of payment. “Similar to an SMS, the digital currency enables worldwide money transfers within a few minutes without involving a bank. ESMT is an innovative and future-oriented business school,” says Garlichs.

Garlichs explains that ESMT is keen to remain on trend in education and explains in 2018 there are a number of courses available to those who want to learn more about trends such as Blockchain, Bitcoin, Ethereum and Initial Coin Offerings (ICOs) which have been in the news lately.

Why have Berlin based businesses been keen to introduce Bitcoin payments?

Niels Göttsch is the owner of Leuchtstoff Kaffeebar in Berlin which introduced Bitcoin payments in 2012 and has been fascinated by cryptocurrencies for a very long time. Why? Göttsch explains the idea of having a currency that doesn't need an authority and therefore cannot be controlled by any state or company as one reason.

“There's no political decisions in there. The algorithm is transparent to everybody,” says Göttsch.

Göttsch explains the second reason is that nobody can control Bitcoin payments. “First it is pseudo-anonymous, it's hard to track user data. Second is you don't need a bank that charges random fees. It [Bitcoin] is international and can be transferred to local money in every country you are in.”

Leuchtstoff Kaffeebar also accepts Ether as a form of payment. Do many customers use the Bitcoin and Ether payment services? Göttsch says: “It was more in 2012. Now with the high fees it's not that common anymore.” 'Most exciting place in world for crypto-enthusiasts'

In recent years, Berlin’s tech startup scene has been attracting ever more international talent. Rhian Lewis, a British software engineer and co-founder of the cryptocurrency portfolio tracker countmycrypto.com is based between Berlin and the UK.

She explains how her love affair with the Berlin Bitcoin scene first started in 2014. Lewis decided to take on a six-week contract in Berlin in early 2014, not knowing what to expect.

“I'd never even visited [Berlin] before but I knew there was a lively tech community. I'd been involved in Bitcoin and alts [alternative cryptocurrencies]  for about a year, and was part of an online community of crypto women. I mentioned on one of our Google hangouts that I would be working there and it turned out that one of the women on the call – Anna Kurth – was just about to start her own meet-up group for women in Bitcoin [in Berlin],” says Lewis.

Networking is key in the crypto scene and Berlin’s tech scene has a strong, vibrant community. Developers, anarchists, libertarians, cypherpunks and would-be entrepreneurs have all been rubbing shoulders at bars in Berlin where you can pay with Bitcoin and where everyone is open to talking about crypto.

“Lovely Anna welcomed me not just into her group but also introduced me to other Berlin Bitcoiners and my new life in Germany started. I took a contract extension for six months, falling in love with the city and its vibrant crypto underground,” says Lewis.

“The energy carried through to daytimes and there were a couple of attempts to set up Bitcoin co-working spaces, first in Kreuzberg and then in Mitte. I scored a discounted desk for the summer after building a website for the original co-working space,” says Lewis.

She compares London and the Berlin tech scene. “Although I'd been to plenty of London meet-ups, most were quite business-focused. Level 39 at Canary Wharf was a frequent meet-up venue, and many of the people at the social events were either preoccupied with their startups or else figuring out how blockchain could work in the context of their banking jobs. In contrast, the grass-roots approach of Berlin's crypto-enthusiasts was a breath of fresh air,” says Lewis.

Lewis says she now spends three to six months in Berlin every year and is considering a permanent move to the German capital. “I think Berlin is probably the most exciting place in the world to be if you're interested in blockchain or cryptocurrency simply because it's the one place where people are still passionate about decentralization as an idea, rather than as a get-rich-quick vehicle,” says Lewis.

There are a number of things Berlin can offer those who have a thirst for life and fulfilment. “It’s a place where you can talk deep into the night about technology and philosophy and ideas, and where you can feel that everything is possible. The era of cheap Bitcoin beer and minuscule transaction fees may have disappeared, but the original punk energy lives on. Creativity and original ideas will fuel the next phase of crypto's evolution… Berlin's startups have a huge advantage in this respect,” says Lewis.