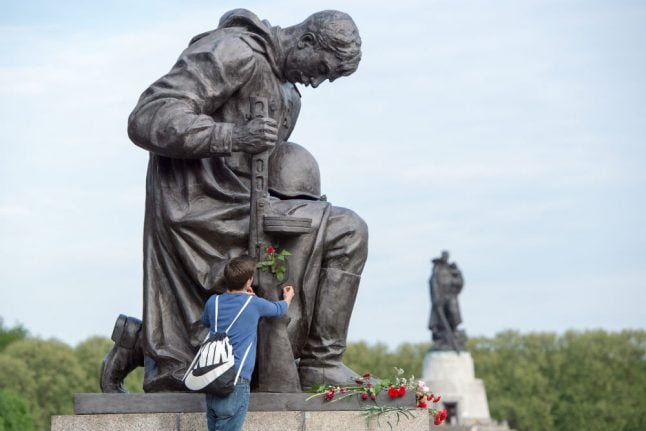 A passersby paying respects at a World War memorial in Berlin. Photo: DPA

“We will no longer be able to clarify these fates,” said Thomas Huber, head of the Tracing Service which belongs to the German Red Cross, told the German Press Agency (DPA) in a report published on Tuesday.

The service has now agreed, after consultation with the Federal Interior Ministry that all attempts to trace the 1.3 million people whose fates have still not been cleared up will be discontinued at the end of 2032, Huber added.

READ ALSO: The 1,000s of Germans massacred after WWII

Despite the fact that it is over 70 years since the end of the war, interest in knowing what happened to lost relatives is still high. According to Huber, the service received about 9,000 enquiries from grandchildren and children last year alone.

“For many relatives, this is still a black dot on the family map,” he said. In some instances, it’s as simple as a quick glance into files and the case is resolved. But other cases can last months.

Directly after the war, the German Tracing Service were searching for over 20 million people. By 1959 the large majority of these cases had been resolved, but there were still 2.5 million people whose fates had never been resolved. In total, some 300,000 missing children have been among the cases that were cleared up. In one success story that took place in 2010, two brothers were reunited after more than 60 years apart.

Other tasks carried out by the Tracing Service include the international search for people connected to Germany in some way, including German citizens who are missing in disaster and conflict areas, as well as relatives of refugees living in Germany. The latter account for the majority of the approximate 1,200 search queries processed by the service in the first half of 2017.