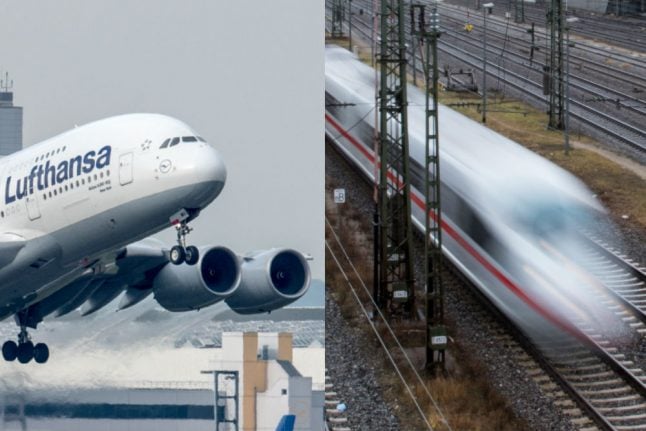 When will all long-distance trains start running?

On Thursday Deutsche Bahn (DB) cancelled long-distance trains throughout the country as it took precautions against the severe weather brought by 'Friederike.'

“We expect that in the course of the morning all major German cities – though with restrictions – will be accessible again by long-distance trains. For the weekend, we expect a largely normal traffic flow,” DB stated.

What happens if I can’t travel by train as planned/booked or am stranded?

According to DB, all tickets for routes affected by the hurricane remain valid. They can be reimbursed free of charge or used flexibly up to one week after the disruptions have ended. This also applies to tickets valid only for a certain train or train connection.

Tickets for long-distance trains, many of which are not yet in service, are also valid on regional trains. Seat reservations can be exchanged.

As decided by the European Court of Justice, the argument that a storm is an “act of God,” is not applicable and thus cannot be stated as an excuse for disruption in train services.

On its website, DB offers up-to-date information on the status of their long-distance trains. On this page, passengers can find details regarding regional routes according to state. A free hotline has additionally been set up: 08000 996633. A refund form may also be filled out for bookings made online.

For passengers who’ve found themselves stranded, DB have provided so-called “hotel trains” at numerous stations with drinks and snacks.

On Thursday those stranded were offered hotel and taxi vouchers at numerous train stations. Staff at stations should be able to help at info counters, according to DB.

An overview of one’s rights as a rail passenger can be found here.

Several airports in Germany, including Munich Airport and Düsseldorf Airport, cancelled flights on Thursday due to the hurricane.

In contrast to travelling by train, air passengers don’t necessarily receive compensation for cancellations and delays in the event of a storm. But this is by no means a general rule. Severe weather including hurricanes can be considered extraordinary circumstances with air travel.

Airlines are responsible for taking the necessary precautions to avoid delays – though what these responsibilities constitute exactly can be legally disputed.

During disruptions, the following generally applies: for flights that travel up to 1,500 kilometres, passengers who experience a delay of two hours are entitled to assistance such as telephone calls, drinks, meals and, if necessary, overnight accommodation in a hotel. For a flight that’s between 1,500 to 3,500 kilometres long, assistance is offered after a three hour delay. Passengers on a flight that's longer than 3,500 kilometres and delayed by over four hours also receive assistance.

Even in the event of a foreseeable delay, travellers are required to be at their designated airport on time (i.e in time to reach the original flight). If not, a passenger could miss a possible replacement flight offered by the airline at an earlier time.