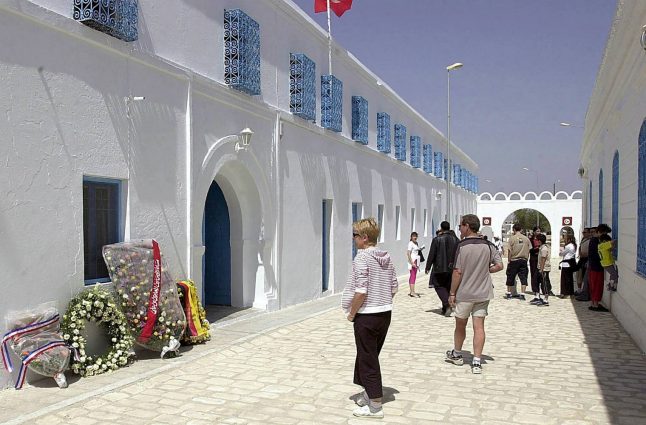 Christian Ganczarski is seving a sentence over a terror attack in Tunisia. Photo: DPA

Christian Ganczarski, 51, is charged with conspiracy to kill US citizens, providing material support to terrorists and conspiring to provide material support to Al-Qaeda, announced Donald Trump's recently appointed interim US attorney for Manhattan.

Geoffrey Berman accused the Polish-born German of providing critical support to “the most prolific terrorists of our time” including Osama bin Laden.

“Today we publicly announce charges against Ganczarski alleging that he participated in the planning of plots to kill Americans with high-level Al-Qaeda terrorists,” Berman said.

“Ganczarski allegedly provided Al-Qaeda with expertise in logistics, computers, radio communications and the maintenance of weapons systems that would be used against Americans soldiers after the 9/11 attacks,” said New York police chief James O'Neill.

Ganczarski, who is serving an 18-year prison sentence in France for orchestrating a deadly 2002 suicide attack at a synagogue in Tunisia, last week injured three guards at a prison in northern France.

Armed with scissors and a razor blade, Ganczarski lunged at the guards after hearing he may face extradition to the United States.

The incident, at the Vendin-le-Vieil prison in northern France, prompted strikes by officers around the country, demanding better security.

US prosecutors said Wednesday that Ganczarski travelled from Germany to Afghanistan and Pakistan at least five times between 1999 and 2001, developing personal ties with bin Laden and other Al-Qaeda members.

He is accused of attending a January 2000 Bin Laden speech alongside at least one of the plotters of the 1998 East Africa US embassy bombings and one of the future hijackers in the September 11, 2001, attacks.

US prosecutors said he was in Germany during the 9/11 assault on the United States, and indicated that he had been aware a significant event was about to occur.

They also accused him of allegedly helping to try and repair Al-Qaeda anti-aircraft missiles in November 2001 to fire at US military aircraft.

If convicted on all four counts in the United States, Ganczarski would face a maximum sentence of life in prison.