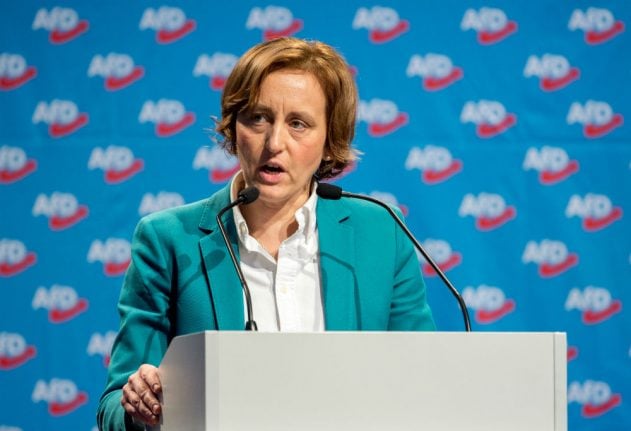 Beatrix von Storch, deputy leader of the party's parliamentary faction, had criticized Cologne police for sending out information in Arabic on Twitter.

“What the hell is going on with this country? Why is an official police site … tweeting in Arabic?” she wrote. “Did you mean to placate the barbaric, Muslim, gang-raping hordes of men?”

Cologne police told AFP their complaint alleges that the tweet flouted laws against incitement to hate.

She posted the same comment on Facebook, which then also took it down, citing “incitement to hate (paragraph 130 of the German penal code)”.

Twitter and Facebook's tough stance came as an anti-online hate speech law came into effect on January 1st in Germany.

Social media companies that fail to remove illegal inflammatory comments could face up to €50 million ($60 million) in fines.

AfD chief Alexander Gauland took aim at the new rules, saying in remarks carried by national news agency DPA that the regulations are “Stasi methods that remind me of communist East Germany”.

Gauland, who is not active on social media, encouraged users of such websites to “keep publishing” the erased comments from von Storch.

A Cologne police spokesman said it was long-standing practice to send out information in several languages during large gatherings and events.

“We simply want people to be able to understand us,” said the spokesman.

The AfD seized 92 parliamentary seats in September elections – the strongest showing for a far-right party in the post-war era – as it capitalized on discontent over the more than one million asylum seekers who arrived in Germany since 2015.

The refugee issue has again captured public attention over the New Year, with a debate about whether asylum seekers claiming to be minors should submit to medical checks such as hand X-rays to determine their age.

Conservatives, especially from Chancellor Angela Merkel's camp, have pushed to standardize the probes after the murder of a 15-year-old girl in the western town of Kandel by her Afghan ex-boyfriend.

The perpetrator claims to be the same age as the victim, but the girl's father believes him to be significantly older.

Universal medical age checks for refugees “would be an encroachment on welfare,” radiologist and German Medical Association president Frank Ulrich Montgomery told the Sueddeutsche Zeitung newspaper in response to the calls.

“X-raying without any medical indication is interference with people's bodily integrity.”