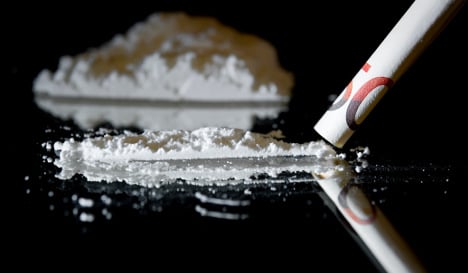 German customs confirmed to the broadcaster that they have confiscated almost seven tonnes of the illegal narcotic at Germany’s borders this year, the highest amount on record. It was also a huge increase on 2016 when just over a tonne of the narcotic was seized.

Most of the drugs were seized at Hamburg harbour and Bremerhaven, the country’s two busiest ports.

“For the German customs this year was exceptional in the negative sense – these numbers are exorbitantly high,” a customs official told ARD.

The Federal Criminal Police Office (BKA) believes that the German experience is far from unique – its own research shows that the amount of cocaine seized worldwide has doubled since 2012.

German authorities now talk about the new seizures as part of a “flood of cocaine” arriving from South America. The BKA attributes the cocaine boom to a significant increase in the area of land being used to cultivate the coca plant in Colombia and to more efficient use of the plant by the drug cartels.

Cocaine transportation and dealing in Germany is organized by west Balkan criminal gangs and the Italian mafia, according to ARD.