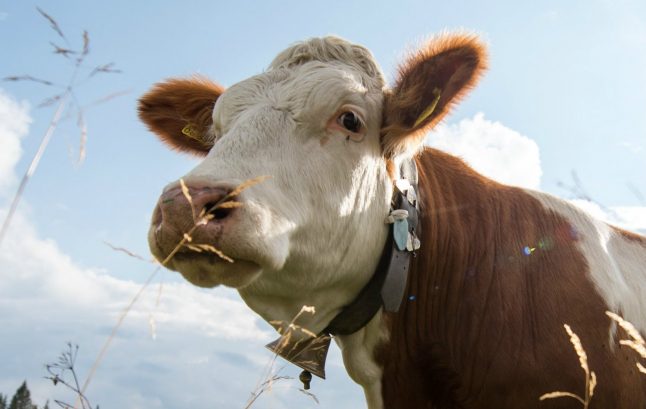 The man, from the small hamlet of Erlkam to the south of Munich, had filed a noise pollution complaint because he was kept awake by the chime of the bells worn by cows in a neighbouring field. But his claim was denied, reports Süddeutsche Zeitung (SZ).

When the man and his wife moved into their home in 2011, the field on the other side of their garden fence was empty, but in 2014 it was leased out to a farmer who wanted to keep her cows there.

Problems quickly arose for the man and his wife, who claim that the noise the bells worn by the cows around their necks keep them up at night.

In 2015, the farmer and the man and his wife came to an agreement which stipulated that cows without bells could graze the whole field, but cows with bells had to be kept at least 20 metres away from the couple's property.

But this agreement didn't stop further legal action against the farmer, as the man filed a second complaint to have the bells from the cows removed – only to be dismissed by the courts on Thursday.

Farmers put bells round their cows' necks so that they can find them if they escape and so that individual cows can find their way back to the herd. But nowadays, not all cows in the area wear the bells as farmers tend to trust electric fences to keep the livestock in.

According to the SZ, in an effort to get the bells removed, the man even offered to pay for the cows to have GPS trackers injected into them – but the defendant rejected this idea.

Despite the claimant's efforts, his lawsuit was dismissed by the Munich judge, as the man had legally consented to the settlement two years ago and it was still legally binding.

The legal dispute will also likely continue; the man's wife has since filed another claim against the farmer's cows wearing bells which has been pending with the district court since December 5th.