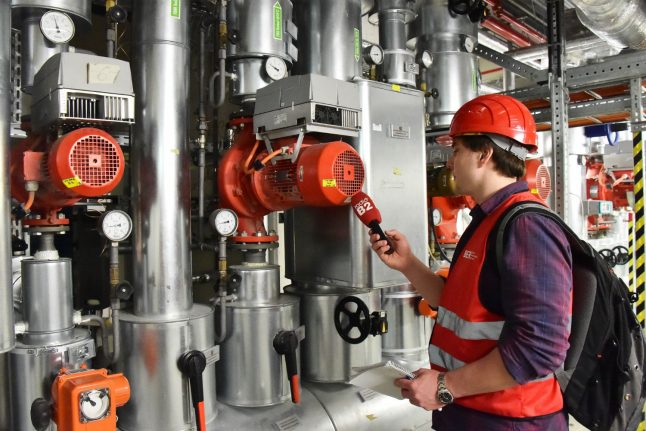 In a “status report about the testing of the safety related equipment throughout the building” carried out by the Technical Inspection Association (TÜV), one in every six safety systems in the passenger terminal of the BER were found to contain “fundamental faults”, Tagesspiegel reports.

Germany's most expensive airport project was originally due to open in 2011 but the ceremony was cancelled at the last minute due to concerns about fire safety.

Since then the BER has been stuck in a seemingly never-ending cycle of delays as parts have been built, refurbished and even demolished.

In June 2017 airport director, Engelbert Lütke Daldrup, announced that, after 11 years of building, half the automatic doors in the BER now work.

Then, just a few weeks ago, calculations stated that the airport was close to 80% complete, yet the recent 33 page report from TÜV has dashed any hopes of a speedy opening.

A series of electrical tests were carried out on the Mainpier Nord area, which is actually considered a relatively simple section of the main terminal. But after such high numbers of issues were identified, the test planned for Mainpier Süd were cancelled immediately.

Throughout the TÜV report many red flags for “faults” in the sprinkler systems, fire alarm system and emergency lighting, are present, reminiscent of the red traffic lights of the 2011/2012 control reports.

“The tested systems and equipment did not reach the required standard in places. The operational safety and effectiveness of the faulty systems cannot be conclusively certified,” the report states.

“The operation of the smoke extraction system is not approved,” and in 49 out of 104 extinguishing areas of the sprinkler system, either “intermittent loss of pressure or excessively high flow rates have been detected.”

Such acute faults mean the opening date could be pushed back to as late as Autumn 2020, as the BER can only open with the permission of experts such as those from TÜV.

Alongside this serious risk to deadlines comes the added problem of rising costs. The original budget for the BER was estimated at €2.5 billion, but has since been raised to €6.6 billion.

In addition to this huge rise in costs there are new plans, announced in August 2017, to create an ambitious €2.3 billion extension to accommodate the high number of passengers predicted to pass through the BER after completion.