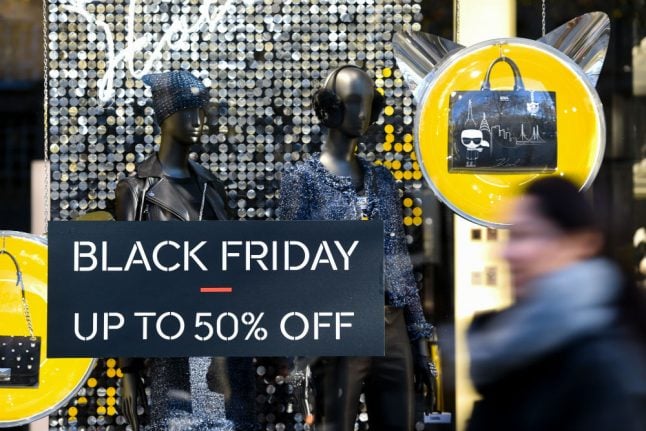 A shopper passing by a Black Friday sign in Düsseldorf on Wednesday. Photo: DPA.

Traditionally Black Friday lands on the day after American Thanksgiving – on November 24th in 2017. In the US, consumers have used the day as a chance to do a lot of their Christmas shopping.

With regards to where the name actually comes from, one theory is that it can be traced back to the 1950s when hoards of people in the streets and shopping malls were on the move in many American metropolises the day after Turkey-day, leading to more accidents on the roads.

Despite their American origins, both Black Friday and Cyber Monday have now gained a foothold across the pond in Germany.

“It takes such occasions to make people buy more,” he added.

But while shoppers in Deutschland are less likely to wake up before dawn to get in line for doorcrasher deals or fight over items with fellow consumers in shops on Friday, it seems the days that claim to offer shoppers massive discounts have picked up pace in the country with no signs of slowing down.

Amazon Germany for instance started its “Cyber Monday Week” on Monday, promising customers more than 55,000 deals. Electronics chain Saturn has been advertising what they’ve called their “Black Week” with “the best sales of the year.” The supermarket Real and the department store Karstadt have also been advertising special deals.

The hype surrounding Black Friday and Cyber Monday has already changed the purchasing behaviour of German citizens particularly when it comes to online shopping, according to an analysis carried out by Ebay and research institute ECC.

“There has been a shift in sales, especially from the first half of December to the second half of November,” said vice president of Ebay Germany, Eben Sermon.

But consumer protectionists advise buyers to compare prices for items and warn not to be easily swayed. Samples of the price comparison portal Guenstiger.de showed last year that only every second offer tested was really a bargain. In the end, buyers paid more for a quarter of the “special sales” advertised than they would have with competing dealers.

Even if dramatic reductions of 30, 40 or 50 percent are on offer, experts say to shop with caution as these often refer to recommended retail prices according to manufacturers – which in many cases are well above current market prices.

Experts moreover believe that the long-term consequences of the consumerist frenzy the two days bring are uncertain.

“Such discount days are a double-edged sword,” said marketing expert Fassnacht. “They increase sales. But such campaigns also strengthen the trend towards a discount society. Discounts are a powerful drug. It is becoming increasingly difficult to sell products at normal prices.”

“Germany and Black Friday go together like the USA and special Sunday shopping,” wrote yet another Twitter user, pointing out that he didn't feel the need to shop on Black Friday.

READ ALSO: Why are shops in Germany closed on Sundays?

It is perhaps curious that traditions like Black Friday and Cyber Monday have caught on in Germany, given that with some of the strictest laws for shopping hours in Europe (if not the world), shops across the country are closed on Sundays.

Besides, despite big names like Amazon Germany getting on board with the tradition, not all stores are taking part in the shopping frenzy.

Drugstore 'dm' for instance won't be offering any special prices on November 24th. Instead, under the name “Giving Friday,” the company will be donating five percent of its revenue on that day to various educational projects for children and young people. 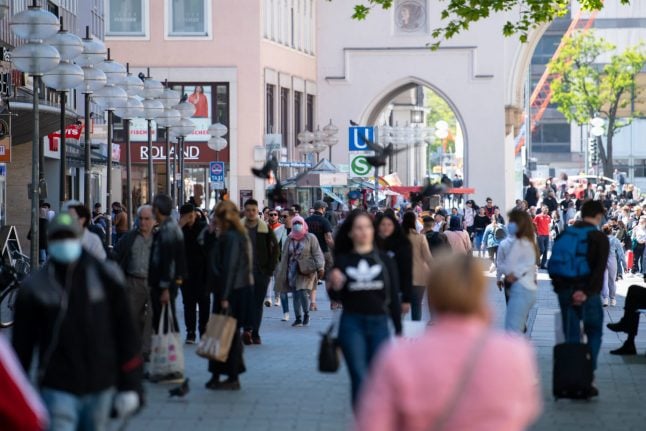