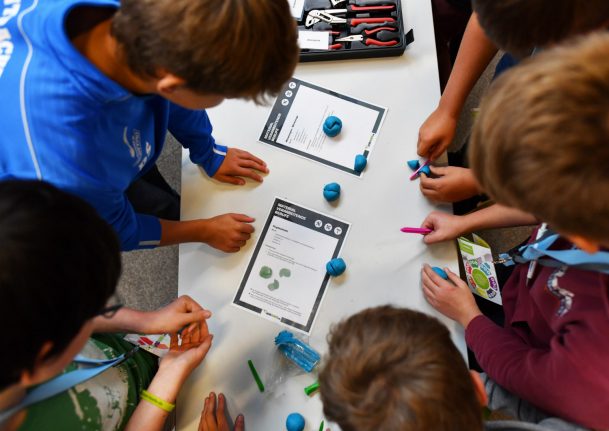 The Programme for International Student Assessment (PISA) released findings on Tuesday which showed that Germany placed between 10th and 14th best out of 50 educational systems in terms of the ability of its school children to solve problems in teams.

Roughly 125,000 teenagers took part in the study, 1,900 of whom were German. The participants were assigned tasks via computer and then had to solve them as part of a team.

The PISA is organized by the the Organisation for Economic Co-operation and Development (OECD) and is published every three years. The data on team work was taken from the last report, conducted in 2015.

Andreas Schleicher, the OECD's director for education and skills, described the German performance as “a very positive result.”  But he pointed out that the study found that every fifth participant in Germany struggled in the teamwork task.

The OECD considers the results to be important due to the fact that social competences are becoming ever more important in the workplace.

“General knowledge questions are not as important these days because Google can do them better,” said Schleicher.

Leading the way on teamwork were school kids in Singapore and Japan, while German students were on the same level as those in the US, United Kingdom and Denmark.

German kids were considerably above the average score of 500 among all the surveyed countries. But with 525 points on average, they have some way to go to catch up with Japanese school children, who scored 552.

More than a third of German school children were awarded the highest possible score for problem solving in a team. But 21 percent of German kids could only solve simple problems in a team – even this though was a smaller proportion than the international average.

In every country girls were found to be more adept at working in teams than boys. In Germany school girls were almost a whole year more advanced than boys. A PISA study published in 2012 shows that boys are generally better at solving problems individually.

The study doesn't provide straightforward answers for states looking to improve the teamwork skills of their children. It does indicate though, that performance is better in school systems that offer more room for interaction – for example in group experiments in science classes.

PISA is the most important comparison of school systems globally. The core of the study consists of competence tests in sciences, maths, and reading comprehension.