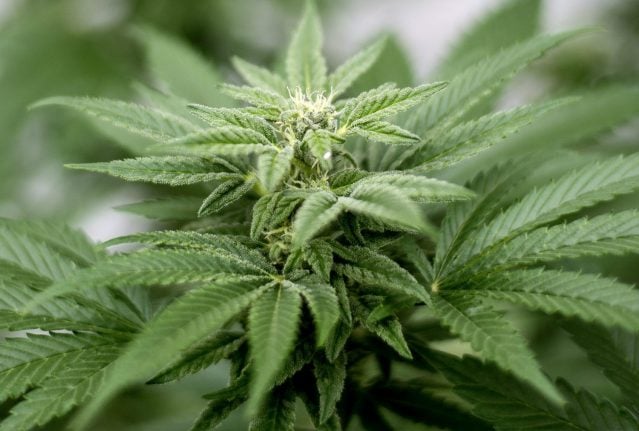 After years of chronic back pain stemming from a severe motorcycle crash, Günter Weiglein received special permission from the German government to buy medical marijuana in 2009. The cannabis, inhaled through a vaporizer, eliminated his need for additional, chemically harsher painkillers.

But finding pharmacy costs as a private patient too expensive, he further lobbied his case, and in 2014 was allowed to harvest his own supply in a one-metre tent outside his home in Würzberg, Bavaria.

For Weiglein, a full victory should have arrived on March 10th this year, when Germany legalized medical marijuana for patients with a prescription. The new law mandates that insurance companies cover the costs of upwards of 100 grams of the flower per month for chronically and terminally ill patients.

But instead, more hurdles arose. Now some patients are waiting up to a few months to get their hands on the drug, imported at even higher prices from already-established markets in Canada and the Netherlands. Many doctors are furthermore wary of divvying out prescriptions for the stigmatized substance, and insurance companies are reluctant to pay. Home-grown, meanwhile, became strictly forbidden.

“Now it’s supposed to be easier because it’s in the doctor’s hands,” said Weinglein, who has a court date scheduled in late November to decide if he has permission to grow his own supply again. “But the problem is that the majority don’t know anything about it, don’t want to have anything to do with it, and are afraid that they could be put in some sort of corner by their colleagues.” This year there have been high hopes that domestic growth could take on a larger scale. In April, Germany’s Federal Institute for Drugs and Medical Devices (BfArM) put out a bid seeking 10 companies to initially grow 2,000 kilograms of marijuana per year for medicinal purposes, and 6,600 kilograms by 2022. The agency has not yet publicly released a list of who the approved growers, slated to start production in 2019, will be.

One Canadian company, ABcann, eagerly lined up to be part of the bidding process by setting up German subsidiary headquarters in Schönefeld just outside of Berlin and listing itself on both the German and American stock exchanges this summer.

They announced plans to invest €40 million and create 400 new jobs in a sprawling indoor plantation of 10,000 square metres in the bucolic Lusatia region of Brandenburg. Yet in November, the company put their plans on hold after it was reportedly announced that they would not be a finalist in the initial tender bid.

“Right now the patient numbers are growing and the product numbers are really too low,” John Hoff, the former CEO of ABcann Germany and a patient himself, told The Local in October.  “So that’s why we have to have something here.”

The number of Germans receiving a prescription for medical cannabis has increased tenfold since before March this year, when Germany granted permission to only 1,000 special cases such as Weiglein’s, estimates Georg Wurth of the German Hanfverband (Hemp Association). The number is expected to increase by 5,000-10,000 a year over the next few years.

“The growth of medical marijuana in Germany will be part of the solution to improving supply and cost issues,” says Wurth. Currently pharmacies carry about 15 strains of marijuana, out of hundreds of potential varieties.

According to the new law, any of the 90 percent of Germans covered by public health care are eligible to receive a prescription. Yet many patients still have to pay high costs out of pocket and are unsure of when or if they will be reimbursed. A few patients have even sued their insurance companies due to their unwillingness to pay.

About half of all applications for medical cannabis are turned down by the insurance companies, says Cologne-based Cannamedical spokesperson Julija Murawskij, pointing out that they are not deemed “serious enough.”

“Many patients often have problems finding a doctor to take them seriously,” says Murawskij, whose company will begin importing a greater amount of cannabis leaves from Canada to meet the supply bottleneck. “When they finally get a prescription, they can submit this to the health insurance company for reimbursement.”

There are a select number of doctors in Germany specializing in prescribing medical marijuana, but they also have a backlog of patients. Brandenburg-based Dr. Franjo Grotenhermen, chairman of the group Cannabis as Medicine eV, told The Local he has patients who have been waiting since December 2016 to see him.

But regulations don’t make it easy for doctors either. Silke Will, a researcher from Growholistic near Stuttgart, explained that it can be difficult for patients to receive a prescription from a doctor in the first place. They can only write one if a patient is Austherapiert, she said, meaning they have tried every other possible option first, and then receive permission from the Bundesopiumstelle or Germany’s Federal Opium Agency.

The supply shortage and difficulties gaining access to the drug have led many cannabis patients in Germany to turn to the black market where cannabis costs about €10 a gram, says Will.

“A lot of people don’t want to go to the very strong chemical medication,” says Will, who is conducting research for a new organic fertilizer product for medicinal marijuana. “But they have to before getting natural medication, and this is a very bad situation for a lot of patients. The tough time of getting it as a medicine drives them back to Holland or wherever.”

In the Netherlands, one dose of five grams of medical marijuana is estimated to cost €30 versus €125 for the same amount in Germany.

Making it easier for patients

In the past year alone, nearly 170 kilograms of medical marijuana have been imported into Germany. Already in 2016, Spektrum Cannabis, formerly known as MedCann Gmbh, began bringing dry cannabis flowers from Canada into Germany. Once in the country, they led quality control checks at their laboratories and distributed it to pharmacies.

“We were the first ones to start the party here,” says CEO Dr. Pierre Debs from his office near Heidelberg. “We can buy and import from any country that has a federal cannabis agency. If Germany starts producing cannabis and it’s available for us to buy and distribute, then why not?”

Before cannabis can be widely grown and distributed in Germany though, attitudes have to change toward it, says Will. “Most people in Germany still think that cannabis is part of the Schmuddelecke,” she says, using the colloquial German word for a “dirty place.”

Advocating for a change against this attitude, hundreds of activists, business people, politicians and even a couple policemen gathered for the Hanfverband’s first cannabis conference on November 3rd to the 4th in Berlin. The conference was filled with panels discussing the need to legalize cannabis – and how doing so would reduce taboos of it as a medicine.

One attendee, Frankfurt-based Marguerite Arnold, creator of MedPayRx – a blockchain-based health application that is intended to help patients legally access and afford cannabis and other drugs. Expected to launch next year, the startup has already snagged a second place finish at the Maintech Summit at the Frankfurt School of Finance and Management and CannaTech in London in October.

“If sick people who take cannabis can better manage their conditions starting with chronic pain or diabetes or epilepsy,” says Arnold, “this will be a huge win for public health insurance companies, if not the economy.”

“Not to mention people's lives beyond that.”