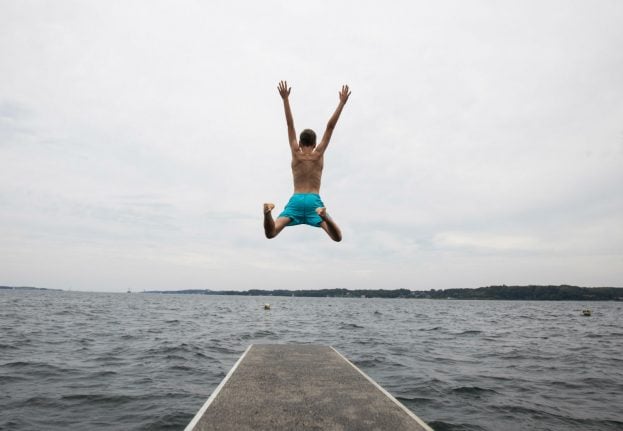 The Glücksatlas, which surveys the state of German happiness each year, found that the Teutons are slightly less content with their lot than in 2016. Overall, though, nationwide participants in the survey scored 7.07 out of ten for their happiness, better than in any other year since the survey was first undertaken seven years ago.

The research team behind the survey said that the results were no surprise, given the healthy economic situation in the country.

Bernd Raffelhüschen, the Freiburg finance professor who authored the report, said that an economic boom had created happier Germans.

“Germans have a very realistic opinion of their own situation,” he said.

“We have been talking about a crisis for 10 years, but instead we have had a growth in wealth like none other since the 1960s. And people are feeling that – money always makes people happy.”

But that isn’t the whole picture. The participants in the survey told researchers they were most content with their living and familial situation.

Indeed, it wasn’t the wealthy south that scored highest in the survey. Schleswig-Holstein, Germany’s windy northernmost state reported itself to be the happiest place in the whole of Germany.

According to Raffelhüschen, there is one decisive reason for this – the state borders Denmark, by far the happiest country in Europe.

“Just like in Danish, in the Plattdeutsch spoken in the far north there are more expressions for cosiness than in standard German,” he said. “It is a way of life, a skill in making oneself and those around us feel comfortable.”

Danish happiness researcher Meik Wiking told DPA that the key to happiness is high taxes, which are put into sustainable ways of improving people’s quality of life.

“The most important things for happiness are successful, loving and valued social relationships,” said Karlheinz Ruckriegel, a researcher in happiness at Nuremberg Technical University.

Another factor in the increasing happiness of Germans nationwide is likely their age.

“The influence of age is enormous. And the generation over 55 are becoming ever happier, that is the rule across Europe,” said Raffelhüschen.

“What surprised me is how small jobs can have such a positive impact on people’s happiness when they get older, especially with well educated men.”

Another key to happiness according to the researchers: putting words into action.

While two thirds of participants in the study said that it was important to actively contribute to one's surroundings, only one in five actually did so. But all of those who volunteered were happier than the German average, regardless of income, the researchers found.